The No Fly License, by Eric Peters 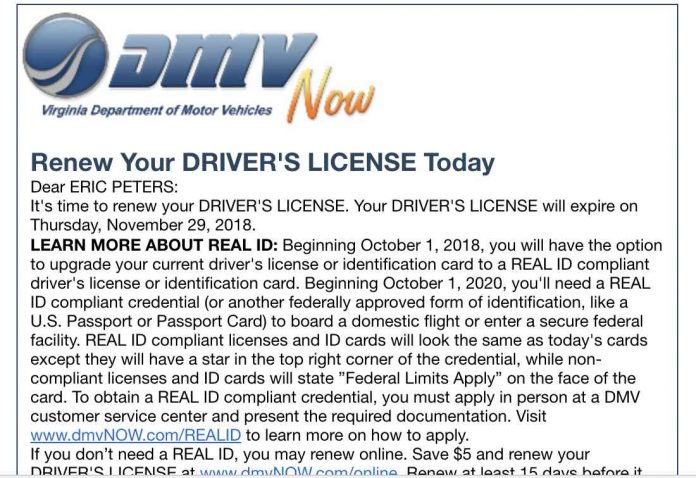 The Orwellian spin cycle is picking up speed.

From “parking services” – i.e., the government worker who puts parking tickets under your car’s windshield wiper – to the “shared responsibility payments” being extorted by the IRS on behalf of the health insurance mafia as punishment for declining to be mulcted by the insurance mafia – to the “upgraded” driver’s licenses being pushed on people, without which you’ll be degraded by not only being  denied permission to leave the country, you’ll be denied permission to travel (by air) within the country.

You’ll also be denied permission to enter “secure” federal buildings – though that one’s not so onerous because who wants to enter federal buildings. Most of us enter them because we have to – so there is oneupside to thee “upgraded” licenses.

Which are only incidentally driver’s licenses. 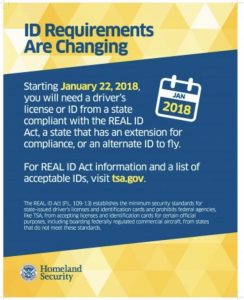 They are really national ID cards.

And the “upgrade” – as that is styled – is trackable biometric tagging, just the right word. Like the ear tags ranchers use to keep track of their cattle.

The REAL ID will also plug the cow – whoops, person – into “ . . .national linked databases allowing millions of employees at all levels of government around the national to access personal data.”

That data being … everything.

Not just your DMV record, date of birth, sex and the usual data pertaining to driving. The REAL ID will tie everything about you that’s been uploaded to government/corporate data bases into one easily accessible (by the government and corporations) place. When an armed government worker pulls you over, he’ll be able to know you better than your spouse does just by scanning your card. Also your bank, employer and everyone else you’re forced to ID yourself to.

And if you don’t get the REAL ID?  It’s the reservationfor you.

How did this happen?

The REAL ID Act was imposed upon Americans back in 2005 by the enemies of freedom – that is, by George W. Bush, his puppet master, Dick Cheney and the politicians of both the Democrat and Republican persuasion – who voted to rescind the freedoms of Americans in the aftermath of the (ahem) terrorist attacks of September 11, 2001.

To continue reading: The No Fly License