The George H.W. Bush send-off will be more disgusting than the McCain send-off earlier this year. From Mehdi Hasan at theintercept.com: 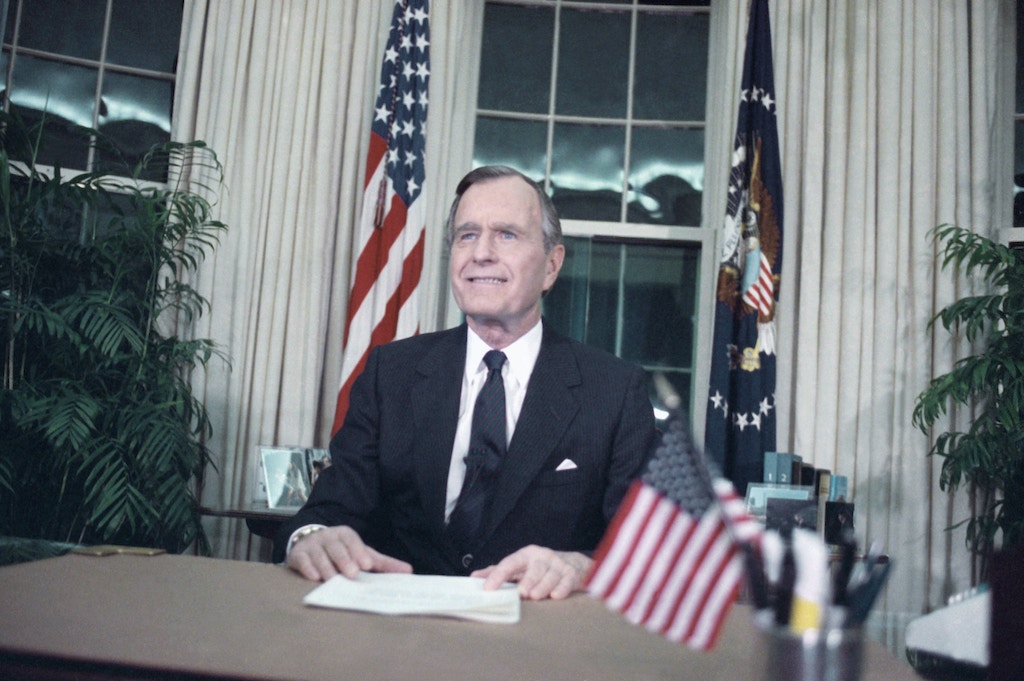 THE TRIBUTES TO former President George H.W. Bush, who died on Friday aged 94, have been pouring in from all sides of the political spectrum. He was a man “of the highest character,” said his eldest son and fellow former president, George W. Bush. “He loved America and served with character, class, and integrity,” tweeted former U.S. Attorney and #Resistance icon Preet Bharara. According to another former president, Barack Obama, Bush’s life was “a testament to the notion that public service is a noble, joyous calling. And he did tremendous good along the journey.” Apple boss Tim Cook said: “We have lost a great American.”

In the age of Donald Trump, it isn’t difficult for hagiographers of the late Bush Sr. to paint a picture of him as a great patriot and pragmatist; a president who governed with “class” and “integrity.” It is true that the former president refused to vote for Trump in 2016, calling him a “blowhard,” and that he eschewed the white nationalist, “alt-right,” conspiratorial politics that has come to define the modern Republican Party. He helped end the Cold War without, as Obama said, “firing a shot.” He spent his life serving his country — from the military to Congress to the United Nations to the CIA to the White House. And, by all accounts, he was also a beloved grandfather and great-grandfather to his 17 grandkids and eight great-grandkids.

Nevertheless, he was a public, not a private, figure — one of only 44 men to have ever served as president of the United States. We cannot, therefore, allow his actual record in office to be beautified in such a brazen way. “When a political leader dies, it is irresponsible in the extreme to demand that only praise be permitted but not criticisms,” as my colleague Glenn Greenwald has argued, because it leads to “false history and a propagandistic whitewashing of bad acts.” The inconvenient truth is that the presidency of George Herbert Walker Bush had far more in common with the recognizably belligerent, corrupt, and right-wing Republican figures who came after him — his son George W. and the current orange-faced incumbent — than much of the political and media classes might have you believe.