Many nations commercial relationships with China are so extensive that China can throw its weight around. From Tyler Durden at zerohedge.com:

It all started in late February when we reported that a political row had erupted between China and Australia, with Beijing cracking down on imports of coal from Australia, cutting off the country’s miners from their biggest export market and threatening the island nation’s economy at a time when it and its fellow “Five Eyes” members who have sided with the US by blocking or banning Huawei’s 5G network technology.

In the weeks that followed, while Beijing disputed such a draconian export crackdown, China was overtly targeting Australian coal imports with increased restrictions – what Beijing claims were quality checks – that delayed their passage through northern ports. Given Australia has the highest level of income dependency on China of any developed nation as 30.6% of all Australian export income came from China last year, equivalent to US$87 billion (twice the trade volume with Japan, Australia’s next biggest trading partner), and Australia’s coal industry is deeply dependent on its exports to China, which account for 3.7% of Australia’s GDP, this prompted much speculation that Beijing is punishing coal companies as retribution for political acts by Canberra, one of Washington’s closest allies. “The last time Australia was so dependent on one country for its income was in the 1950s when it was a client state of Britain,” Sydney Morning Herald’s international editor, Peter Hartcher Hartcher said in March, according to the SCMP. 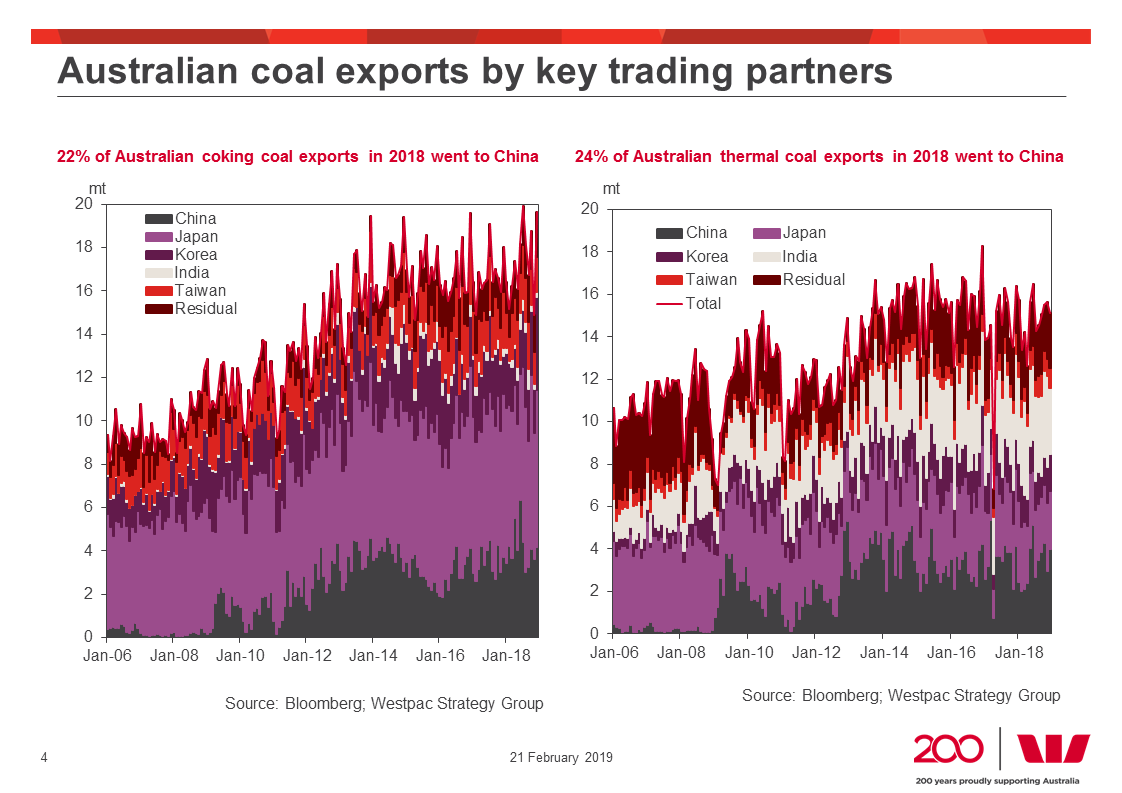