You’re more at risk in Germany if you comment on social media about immigrant crime than if you’re an immigrant and actually commit a crime. From Vijeta Uniyal at legalinsurrection.com:

“No one can hide behind a screen, not even with pseudonyms or made-up names,” Bavarian Interior Minister warns. 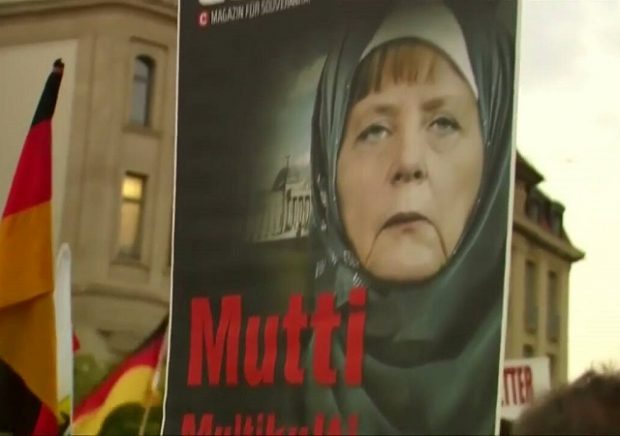 German authorities have investigated hundreds of internet users over comments they made on a Facebook video posted by the right-wing Alternative for Germany (AfD) party. The massive probe, spanning over 250 investigations, was launched in response to the live streaming of a migrant protest by the Bavarian-wing of the AfD party in 2017, German media disclosed on Saturday. Some 97 people were fined and three others were to face incitement charges in the court, the weekly Der Spiegel reported.

The massive police investigation is apparently meant as a warning to anonymous internet users critical of the country’s migrant policy. “No one can hide behind a screen, not even with pseudonyms or made-up names,” Bavarian Interior Minister Joachim Herrmann warned.

The Facebook comments against agitating migrants came after a series of riots in refugee centers across Germany. Muslim asylum seekers have repeadetly agitated against supposed lack of consideration shown by the German authorities during the fasting month of Ramadan. “With Ramadan Come the Riots,” a 2018 headline in the Germany daily Bild declared. In 2016, two migrants reportedly burned down a refugee center for allegedly not receiving extra chocolate spread ‘Nutella’ during the Ramanda festivities. The fire ended up causing an estimated $10 million worth of damage.

One response to “Germany: Hundreds Probed Over Anti-Migrant Comments on Facebook, by Vijeta Uniyal”