How the Military-Industrial Complex Is Using the Coronavirus, by William D. Hartung and Ben Freeman

The military-industrial complex’s biggest fear about the coronavirus is that it might awaken a sufficient number of people to how much money is wasted on the complex and motivate them to do something about it. From William D. Hartung and Ben Freeman at thenation.com:

Arms industry lobbyists are addressing this pandemic and preparing for the next by pushing weapons sales. 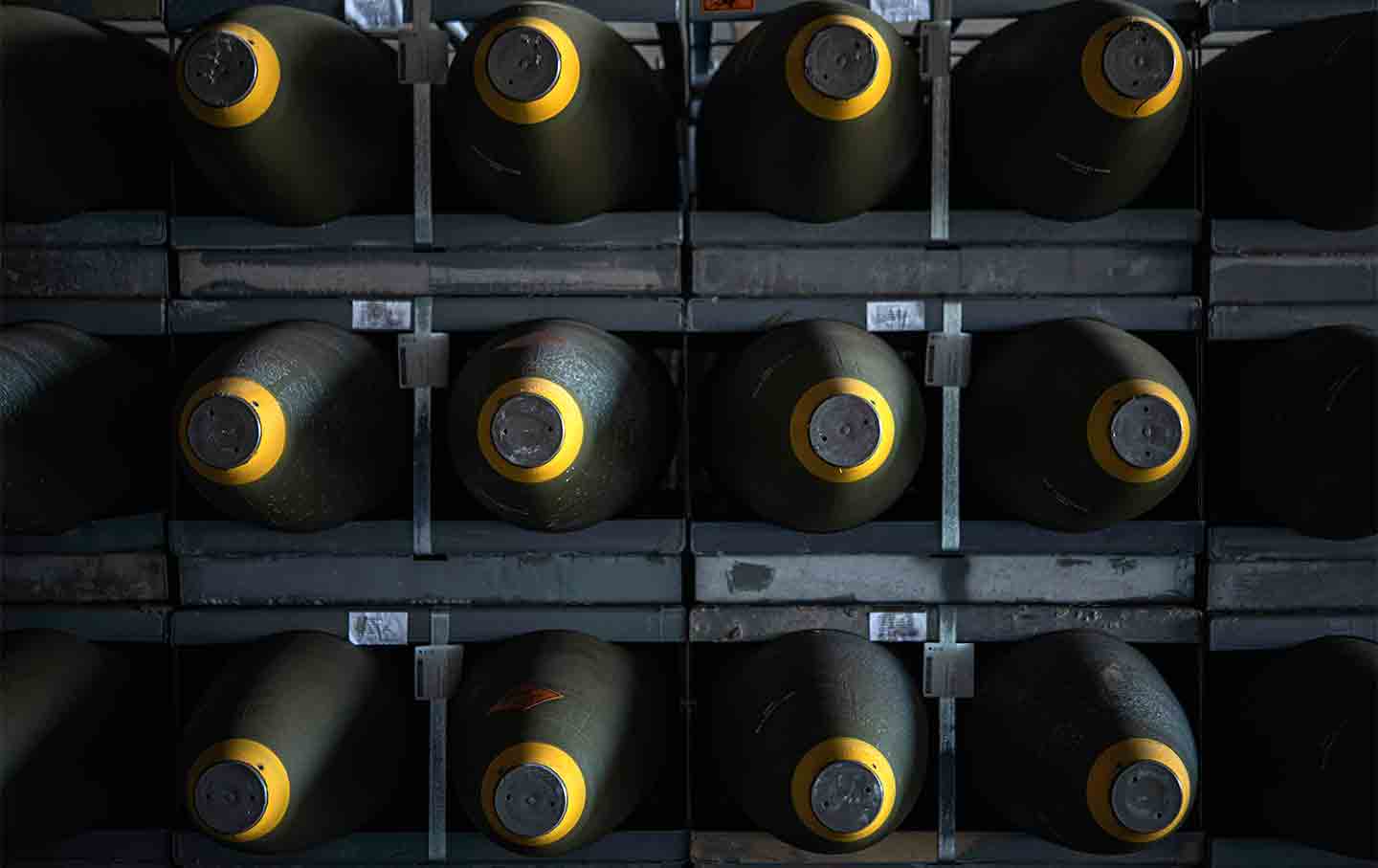 A stockpile of munitions in a secured facility at Ramstein Air Base in February 2020. (Staff Sgt. Devin Nothstine / US Air Force / Defense Department)

There’s a battle brewing for the future of national security spending.

On one side, there’s a growing bipartisan consensus that the coronavirus has fundamentally changed the way we should think about national security. Ben Rhodes, former deputy national security adviser in the Obama White House, recently argued in The Atlantic that we have to rethink the orientation and priorities of our government, and “it makes no sense that the Pentagon budget is 13 times larger than the entire international-affairs budget, which funds the State Department, USAID, and global programs at other agencies.”

Kori Schake, the director of foreign and defense policy studies at the conservative American Enterprise Institute, said the bottom line is that “we’re going to see enormous downward pressure on defense spending because of other urgent American national needs like health care.”

Even conservative commentators like Max Boot, who less than two years ago wrote, “the United States is losing the ability to defend itself,” recently wrote that “Instead of simply pouring more money into the Pentagon, we need to develop new capacities to combat foreign disinformation, transition away from carbon fuels and stop the spread of pandemics.”

On the other side, despite this support from across the political spectrum to reduce the Pentagon’s budget and focus more on non-military threats to national security—an argument the Center for International Policy’s Sustainable Defense Task Force made long before the coronavirus pandemic—there stands one of the most powerful players in American politics: the military-industrial complex.