‘Renminbi Diplomacy’: How China Bought The US Government? by Nauman Sadiq

The Chinese hasn’t bought the entire government, but it looks like they bought good old Joe Biden. From Nauman Sadiq at zerohedge.com:

In an explosive scoop, alternative news outlet Zero Hedge has laid bare how China’s state apparatchik clandestinely baited the family members of the Obama-era vice president and secretary of state into joint business ventures in order to surreptitiously influence the trade and economic policies of the US government favoring China’s geo-economic interests spanning the globe. 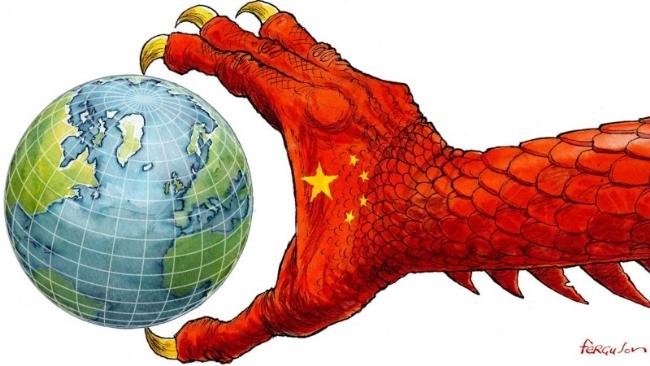 Here are a few relevant excerpts from the investigative report authored by Christopher Balding, Associate Professor at Peking University HSBC School of Business Shenzhen, China, and also a Bloomberg contributor:

“Hunter Biden partnered with the Chinese state. Entire investment partnership is Chinese state money from social security fund to China Development Bank. It is actually a subsidiary of the Bank of China. This is not remotely anything less than a Chinese state-funded play.

“Though the entire size of the fund cannot be reconstructed, the Taiwanese cofounder who is now detained in China, reports it to be NOT $1-1.5 billion but $6.5 billion. This would make Hunters stake worth at a minimum at least $50 million if he was to sell it.

“The believed Godfather arranging Hunter’s business ventures is a gentleman named Yang Jiechi. He is currently the CCP Director of Foreign Affairs leading strategist for America, Politburo member, one of the most powerful men in China, and Chinese President Xi Jingpin’s confidant.

“He met regularly with Joe Biden during his stint as Chinese ambassador the US when Biden chaired the Senate Foreign Relations Committee.  Later he was Minister of Foreign Affairs when the investment partnership was made official in 2013.

“Hunter Biden’s 2013 Bohai Harvest Rosemont investment partnership was set-up by Ministry of Foreign Affairs institutions which are tasked with garnering influence with foreign leaders during Yang’s tenure as Foreign Minister.

“Hunter’s BHR stake (purchased for $400,000) is now likely be worth approx. $50 million (fees and capital appreciation based on BHR’s $6.5 billion AUM as stated by Michael Lin).