Wonder why we’re finding out about this over four years after Rich was murdered, and after the election. From Zachary Stieber at theepochtimes.com via zerohedge.com:

The Federal Bureau of Investigation (FBI) has files from the laptop computer belonging to Seth Rich, a Democratic National Committee (DNC) employee who was killed in 2016, according to a new email. 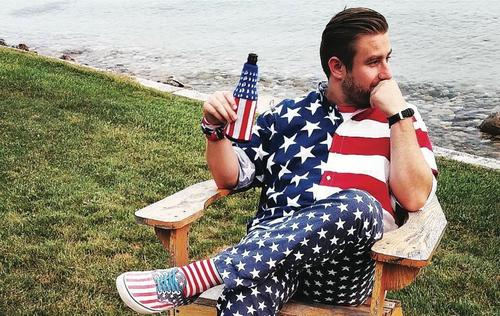 The bureau also has tens of thousands of documents mentioning Rich.

The FBI “has completed the initial search identifying approximately 50 cross-reference serials, with attachments totaling over 20,000 pages, in which Seth Rich is mentioned,” Assistant U.S. Attorney Andrea Parker wrote in the message to attorney Ty Clevenger, who is representing a plaintiff in Huddleston v. Federal Bureau of Investigation, a case dealing with a Freedom of Information Act request to the bureau.

The Epoch Times confirmed the email is legitimate.

Parker, who is representing the FBI in the case, didn’t respond to an email or return a voicemail.

The bureau also confirmed it has files from Rich’s laptop and suggested it still has the computer in its possession.

The bureau is “currently working on getting the files from Seth Rich’s personal laptop into a format to be reviewed,” Parker said in the email. She also said the FBI plans on undertaking some level of review of the computer.

The disclosure came as part of a case brought in federal court by Texas resident Brian Huddleston, who filed a Freedom of Information Act request in April asking the FBI to produce all data, documents, records, or communications that reference Seth Rich or his brother, Aaron Rich.

The FBI told the plaintiff in June that it would take 8 to 10 months to provide a final response to the request, prompting the filing of the case in the U.S District Court for the Eastern District of Texas.

Rich was working for the Democratic National Committee when he was shot and killed in Washington on July 10, 2016. The murder remains unsolved.

The new email bolsters a key charge in Huddleston’s filing: that David Hardy, the FBI’s records chief, was wrong when he said in two affidavits that the FBI searched for records pertaining to Rich but could not find any.

One response to “FBI Has Files From Laptop of Slain DNC Staffer Seth Rich, by Zachary Stieber”