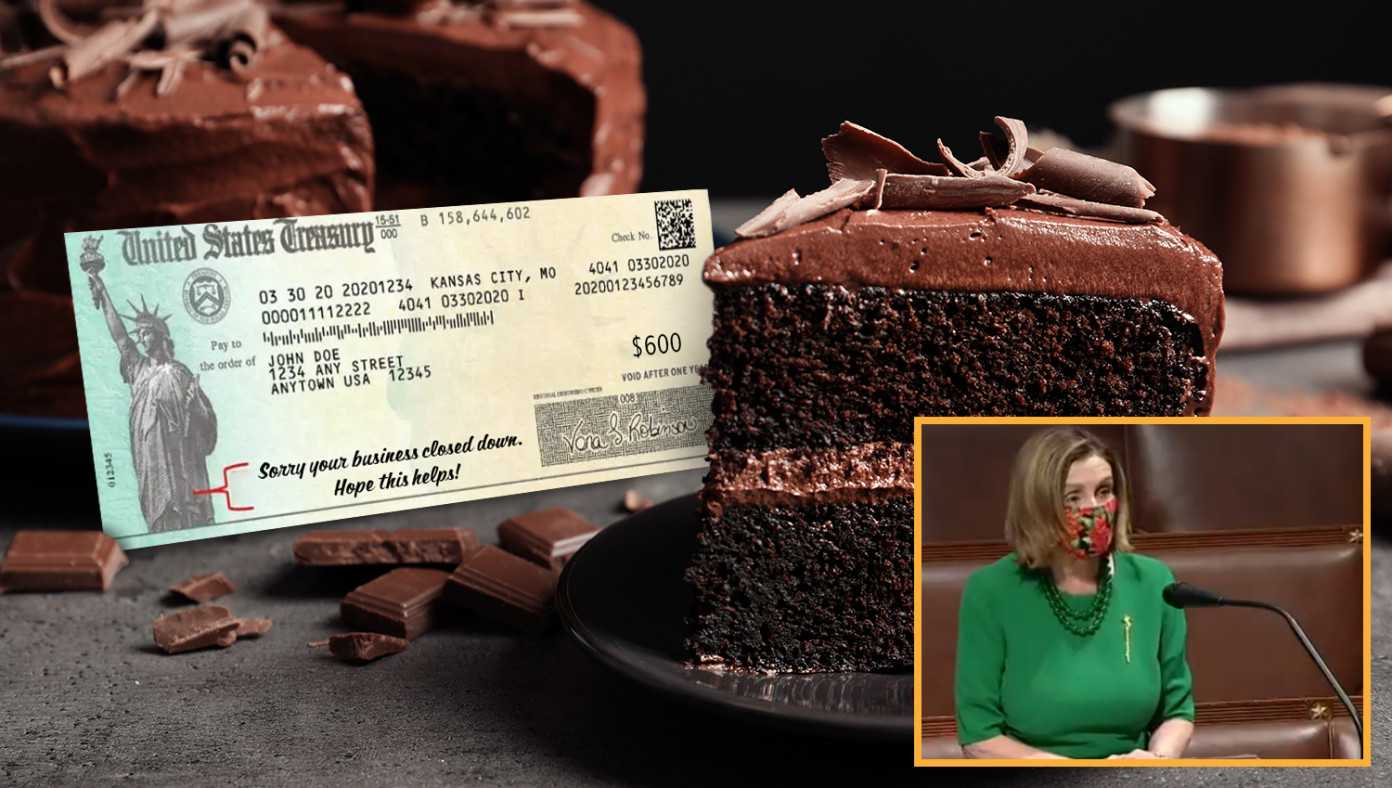 WASHINGTON, D.C.—Nancy Pelosi has announced that every $600 stimulus check will come with a free slice of cake for Americans to eat.

She made the announcement in a speech yesterday after the stimulus bill was criticized for not doing enough for the middle class. The amendment to the $900 billion stimulus bill, coupled with the reasonable $2.3 trillion spending bill for the federal government, means that in addition to getting $600 created out of thin air, each American will get a slice of chocolate cake.

“Americans have been suffering, so we need to let them eat cake,” she said in front of Congress yesterday. “We closed down their businesses for the past nine months, so it’s the least we can do. Really. I do mean that. The least.”

Congress considered ice cream for every America, but Pelosi vetoed it as it was too expensive to give every American a $13 quart of the brand she eats. There was also talk of giving the option of vanilla cake, but that was shot down as being racist.

This entry was posted in Government, Humor and tagged Nancy Pelosi. Bookmark the permalink.