After the fiat currencies collapse, which could be soon, they’ll be replaced by gold and silver-backed money, which would impose stringent fiscal control on free-spending and heavily indebted governments. From Alasdair Macleod at goldmoney.com:

There is worrying evidence that 2021 will see the end of fiat currencies, led by the US dollar. US dollar money supply has accelerated at an extraordinary rate, a process that will continue.

Signals from the markets that a monetary collapse is increasingly likely include a weakening dollar on the foreign exchanges, bitcoin’s price reflecting an growing disparity between the rate of its issue and that of fiat, rapidly rising commodity prices, and a bubble in non-fixed interest financial assets.

Current thinking is yet to link these events with a developing collapse in fiat currencies, but it is only a matter of a relatively short period of time, perhaps spurred on by a banking crisis, before a realisation that a John Law-style financial asset and currency collapse is on the cards.

While gold rose in dollar terms by 25% last year, it has yet to reflect an increasingly likely collapse in fiat currencies, which this article concludes is likely to happen in this new year.

We enter the new year with a growing realisation that fiat currency debasement is accelerating. It is hardly surprising that bitcoin bulls, who have learned about relative rates of currency issuance, are in the vanguard of those hedging increasing currency debasement. They are being encouraged by statistics in charts such as that shown in Figure 1. 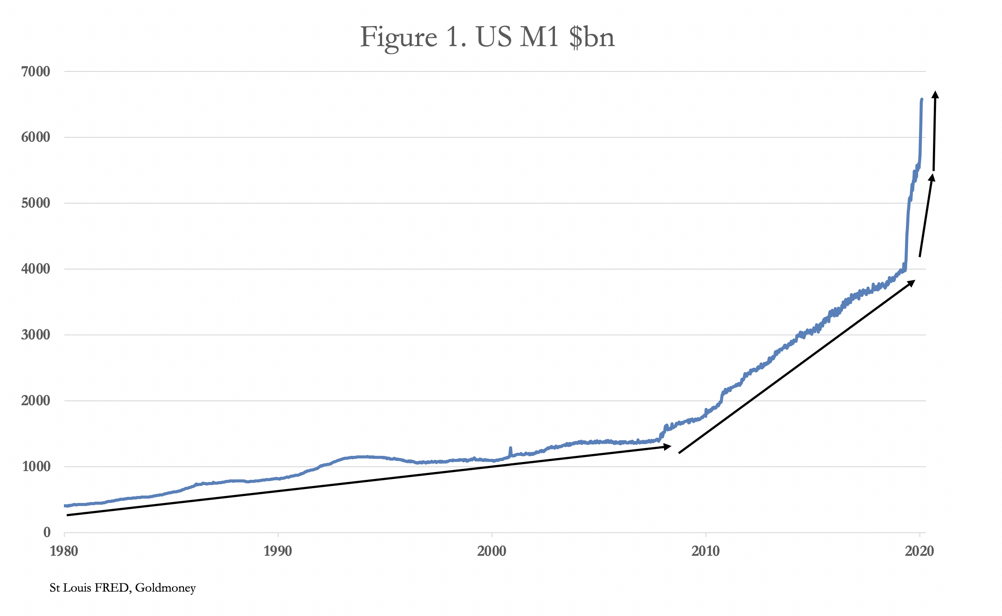