Taking Aim at the U.S. Dollar, the World Builds a Multipolar Trade-and-Payments Order, by Bill Campbell

The world is slowly but surely moving away from US and dollar dominance From Bill Campbell at DoubleLine Capital via zerohedge.com:

For every action, there is an equal and opposite reaction. In the case of international trade and global payments, the U.S. made aggressive use of sanctions and tariffs. With some merit, Washington has argued that these actions level the playing field for global trade or punish bad global actors. But a series of equal and opposite reactions are occurring as nations move to remove the role of the U.S. dollar at the center of global trade and finance. 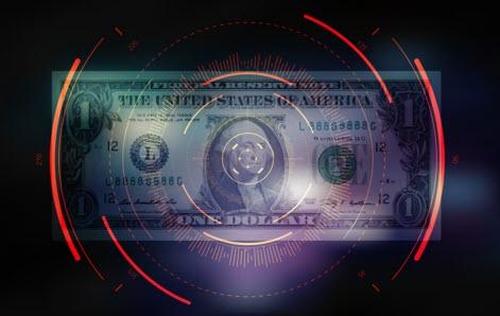 This will have a long-lasting structural impact in ending the dominance of the dollar as the world’s reserve currency.

Over the past years, the U.S. set out to address inequities in the global trade environment by imposing tariffs and sanctions on various countries from China to Mexico and Canada with the rewriting of the North American Free Trade Agreement into the United States-Mexico-Canada Agreement. Even the countries in the European Union were affected. In addition, Washington implemented sanctions against Russia in 2014 in response to Moscow’s annexation of Crimea, and more recently against Iran and Venezuela, effectively using the dollar’s role at the center of global trade and finance to force compliance of other nations. These actions impacted nations beyond those directly targeted by the U.S. action, and today many governments around the world are taking countervailing steps to remove their reliance on the dollar-based global trade and finance system that has reigned since 1944.

In November, 15 Asian countries, comprising 30% of global GDP, signed the Regional Comprehensive Economic Partnership (RCEP), creating a free-trade zone among the signatories. This agreement attempts to provide gains to trading within the regional partnership through reduction of trade and investment barriers, and increased incentives for economic integration. It is noteworthy that RCEP came about without participation of either the U.S. or Europe, and has effectively created the world’s largest trading bloc, according to the Rand Corp. Beyond the obvious benefits for economic growth in the region, a more-subtle byproduct of this agreement is to focus on bilateral settlement of trade, effectively removing the dollar as the standard unit of transaction for regional trade, according to economist and geopolitical analyst Peter Koenig, a veteran of more than 30 years with the World Bank. Liu Xiaochun, deputy dean of the Shanghai New Finance Research Institute, recently furthered this idea, stating, “Under RCEP, currency choices for regional settlement in trade, investment and financing will increase significantly for the yuan, yen, Singapore dollar and Hong Kong dollar.” Liu’s comments were posted to the China Finance 40 Forum, a think tank comprising senior Chinese regulatory officials and financial experts.

One response to “Taking Aim at the U.S. Dollar, the World Builds a Multipolar Trade-and-Payments Order, by Bill Campbell”