Ellsworth Toohey would be proud. (If you don’t know who Ellsworth Toohey is, reading The Fountainhead isn’t a bad way to spend your reading time for a week or two. From Andy Kessler at theburningplatform.com: 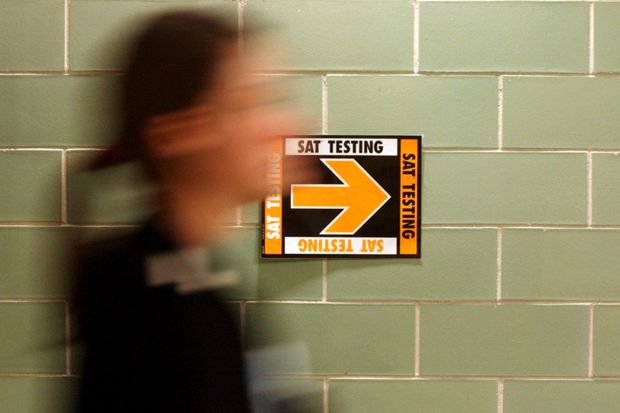 Has an era of American mediocrity begun? In January the College Board announced it would eliminate the essay portion of the SAT, as well as all of the separate SAT subject tests. Their stated purpose was “reducing and simplifying demands on students.” Such a burden.

One high school near me just dropped freshman advanced-standing (honors) English “to combat the effects of academic ‘tracking” because it “ultimately separates students of different socioeconomic and racial backgrounds.” It turns out that middle schools from lower-income areas aren’t adequately preparing their students for high school. So rather than fix that problem, they dumbed down high school.

Then again, when the University of California system did away with racial preferences in 1996, it moved to holistic admissions. What does holistic mean? Anything you want. The Association of Public and Land-Grant Universities defines it as “assessing an applicant’s unique experiences alongside traditional measures of academic readiness.” Grades are only a suggestion—and SAT scores are biased, supposedly. And here you thought smart students got into good colleges. Yes, mediocrity has crept into our self-proclaimed elite colleges. Job recruiters understand this.

This entry was posted in Academia, Collapse, Education, Governments and tagged Mediocrity, Merit. Bookmark the permalink.

One response to “Mediocrity Is Now Mandatory, by Andy Kessler”