NY State To Give Up To $2.1 Billion To Illegal Immigrants, by Tyler Durden

Just when you thought things couldn’t get more surreal, New York State’s democratic-party-dominated legislature decides to crank the virtue-signaling ‘equity’ amplifier up to 11. 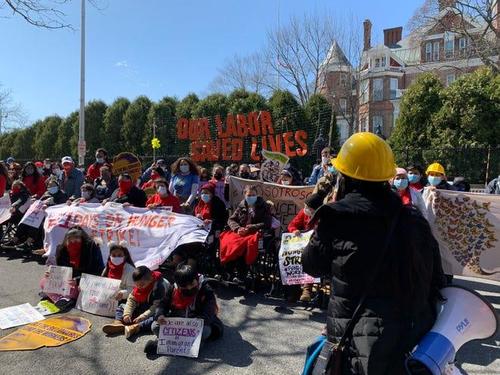 Embattled Gov. Andrew Cuomo – desperate for any news to distract from his dueling sex abuse and nursing home death scandals (“Hey, want some pot?“) – struck a deal on Tuesday with New York Lawmakers to spend $2.1 billion towards to assist jobless workers who were excluded from unemployment benefits during the pandemic – primarily undocumented immigrants and ex-convicts, after activists launched several hunger strikes.

Lawmakers justified the stunning addition to the state’s broader $212 billion budget agreement, by claiming – as Lohud.com’s Tifany Cusac-Smith and David McKay Wilson report – many undocumented immigrants have not received aid such as stimulus checks or federal unemployment benefits during the pandemic, even though studies show that they pay billions of dollars in taxes each year.

The study in question – by The Institute on Taxation and Economic Policy – appears custom-tailored to justify classifying illegal immigrants as qualifying residents, as they claim tax revenues would skyrocket if currently illegal workers were suddenly made legal and paid taxes… legally?