The origins of the Covid-19 virus have become a political hot potato. From Tyler Durden at zerohedge.com:

Update (1522ET): Less than 24 hours after CNN threw Biden under the bus for canceling a State Department effort launched under Trump to get to the bottom of the origins of COVID-19, the Biden administration has backpedaled – and has ordered the US intelligence community to conduct a 90-day investigation into how the pandemic began.

In a statement via the White House website, the Biden administration claims that officials have been pursuing various possibilities – including “whether it emerged from human contact with an infected animal or from a laboratory accident,” it’s clear that the administration is in full damage control mode.

“I have now asked the Intelligence Community to redouble their efforts to collect and analyze information that could bring us closer to a definitive conclusion, and to report back to me in 90 days,” said Biden in the announcement.

The Biden administration pulled the plug on a Trump-era State Department investigation into whether COVID-19 originated from the Wuhan Institute of Virology in China, according to a Tuesday evening report by CNN.

The effort, led by then-Secretary of State Mike Pompeo, also sought to determine whether China’s biological weapons program may have played a role in the pandemic. According to the report, it was met with internal opposition from officials who thought it was simply a politicized witch hunt to blame China for the virus. 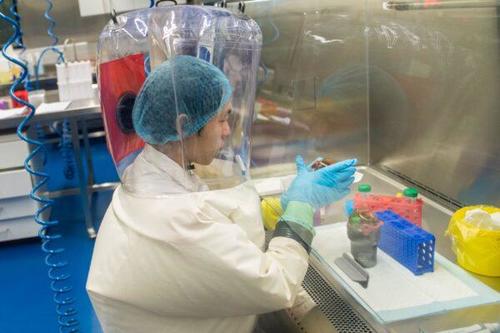 According to three unnamed sources, when Biden was briefed on the investigations’ findings in February and March, he pulled the plug – and instead opted to trust the findings of the World Health Organization, which conducted an ‘investigation’ earlier this year which turned out to be nothing more than political theater, the cast of which included the highly conflicted Peter Daszak, the Fauci-funded virologist who was studying bat viruses at the Wuhan lab.