This is a preview of coming attractions in the US, China’s the beta test. From Tyler Durden at zerohedge.com:

For a Communist nation, the People’s Republic has notoriously weak labor protections. While gig economy workers face tremendous pressure to put in long hours with few breaks, as it turns out, their white-collar cousins are facing similar pressures to put in long hours as well. 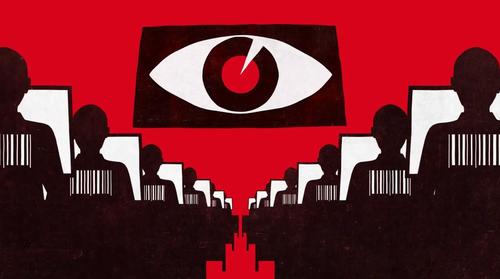 Nikkei’s story starts out with testimony from Andy Wang, an IT professional in Hong Kong, whose company has been ratcheting up efforts to monitor its workforce. They call it DiSanZhiYan, or “Third Eye.” The software, installed on the laptop of every employee, monitors all their communications and movements, as well as their browsing activity and software and app usage.

The invasive software would automatically file complaints and every once in a while an employee would be fired. Finally, things like 20-hours work days began to seem impossibly daunting.

Working from their floor in a downtown high-rise, the startup’s hundreds of employees were constantly, uncomfortably aware of being under Third Eye’s intent gaze.

The software would also automatically flag “suspicious behavior” such as visiting job-search sites or video streaming platforms. “Efficiency” reports would be generated weekly, summarizing their time spent by website and application.

“Bosses would check the reports regularly,” Wang said. Farther down the line, that could skew workers’ prospects for promotions and pay rises. They could also be used as evidence when the company looked to fire certain people, he added.

Even Wang himself was not exempt. High-definition surveillance cameras were installed around the floor, including in his office, and a receptionist would check the footage every day to monitor how long each employee spent on their lunch break, he said.

Nikkei’s latest story about these types of abuses at Chinese white collar firms just so happens to follow increased scrutiny of China’s human rights record in the wake of the Biden Administration’s condemnation of Beijing’s “genocidal” treatment of the Uyghers.