Has anybody pushing the idea of electric airplanes really thought about them? From Eric Peters at ericpetersautos.com:

Electric cars have trouble maintaining momentum for very long but at least when they run out of range, you just stop.

In an electric airplane, you drop.

It seems like a really bad idea, yet it’s one United Airlines reportedly just bought into – probably for many millions of dollars (the actual sum hasn’t been disclosed). It will “invest” in the development – italics to emphasize the nonexistence at present – of the ES-19, an electric aircraft that exists on the drawing board only. This hypothetical aircraft is being developed by a Swedish company with the cloying name, Heart Aerospace – which summons images of kumba-ya’ing around the campfire in a collective hug. 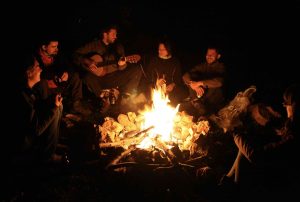 But will it fly?

If electric cars are any indication, this will prove to be an airborne belly flop even more epic than the Lordstown Motors fail – in which GM got gypped into supporting the development of electric trucks that never materialized but which the supposed manufacturer thereof is alleged to have received numerous “pre-orders” for, sight unseen.

GM “invested” $75 million and gave a sweetheart deal on the old not-electric car factory at Lordstown, Ohio – where GM used to actually make cars. When the hilariously named susser-out of corporate shenanigans, Hindenburg Research, published a report earlier this year accusing Lordstown Motors of pretending to have orders for electric trucks it hadn’t built, confidence in the company cratered and GM pulled the .  . .  plug, leaving Lordstown a burnt-down cinder, kind of like an auto-immolating Chevy Bolt (also hilariously named).