If the earlier period is an analogue, then we’re headed for a severe depression. From Alasdair Macleod at goldmoney.com:

Current levels of equity markets are not only divorced from their underlying economic and business realities but are repeating the madness of crowds that led to the Wall Street crash of 1929—1932. The obvious difference is in the money: gold-backed dollars then compared with unbacked fiat today.

We can now begin to see how markets and monetary events are likely to develop in the coming months and this article provides a rough sketch of them. Obviously, the financial asset bubble will be burst by rising interest rates, the consequence of rising prices for consumer essentials. Fiat currencies will then embark on a path towards worthlessness because the monetary authorities around the world will redouble their efforts to prevent interest rates rising, bond yields rising with them, and equity values from collapsing; all by sacrificing their currencies.

The ghost of Irving Fisher’s debt-deflation theory will soon be uppermost in central bankers’ minds, preventing them from following anything other than a radically inflationary course regardless of the consequences.

Current views that tapering must be initiated to manage the situation miss the point. More QE and even direct purchases of bonds and equities are what will happen, policies that will certainly fail.

Anyone seeking to survive these unfolding conditions will be well advised to put aside some sound money — physical gold and silver. 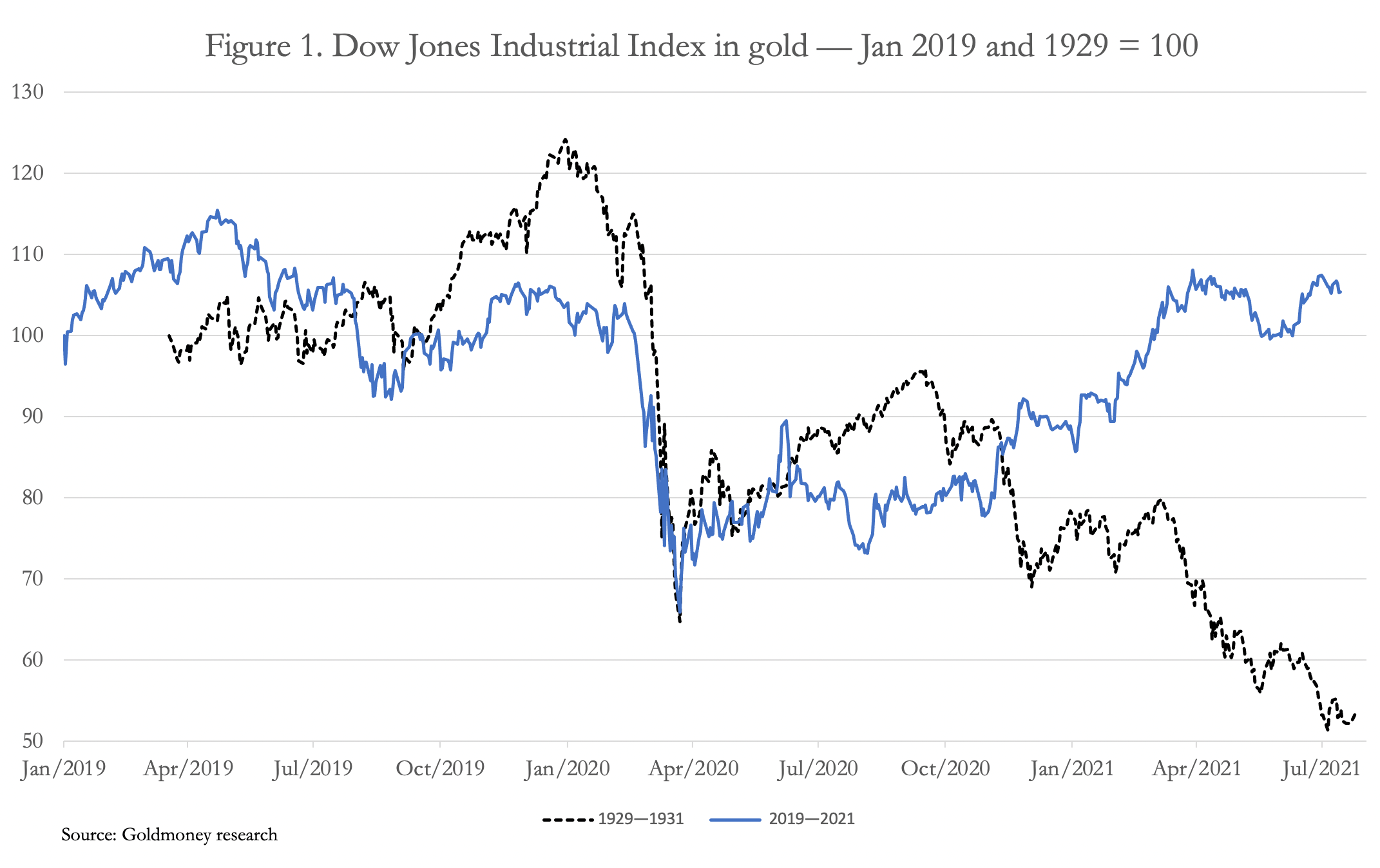 In the past I have compared the current market situation with 1929, when the US stockmarket suffered a major collapse that October. With memories short today, many will have even forgotten that between 12 February and 23 March last year the Dow Jones Industrial Index fell 38.4% top to bottom in less than six weeks, paralleling the 66% fall between 4 September and 13 November 1929 on an eerily similar timescale. Figure 1 shows the Dow of ninety years ago superimposed on top of that of today, shifted so that November 1929 coincides with March last year.