One thing the mainstream media hasn’t even tried to explain away or lie its way through is why so many medical professionals refuse to take the vaccines. From Tyler Durden at zerohedge.com:

As America’s hospital beds have again filled with sick COVID  patients, nurses and other healthcare workers have been quitting at the fastest rate since the early days of the pandemic, when nurses in some NYC hospitals were using garbage bags instead of PPE. Across the Internet, on subreddits and in Facebook groups, nurses have gathered to commiserate. 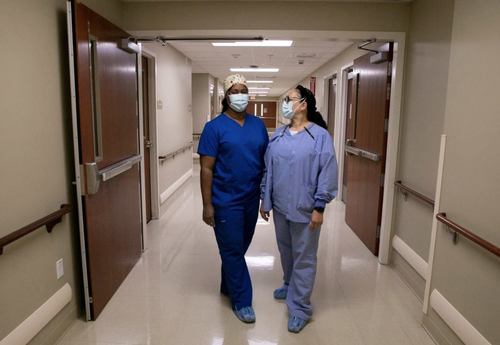 But it’s not just remote areas of Arkansas and Mississippi that are having problems. Local media in California have reported that across the Golden State, low staffing levels have reached a “crisis point”.

According to a story published by a newspaper in Bakersfield, in the past month, no fewer than four emergency room nurses have quit at one Eureka hospital.

And aside from the burnout and the pressure and the stress, nurses have also cited California’s mandatory vaccination rule as one reason they’re thinking about leaving the state. Traveling nurses have been turning down assignments in the Golden State at record rates  because they don’t want to get vaccinated – and the mandate hasn’t even taken effect yet.

“If they don’t want to get vaccinated, they are turning down California assignments,” he said.

Here’s more according to Bakersfield.com:

Hospitals are struggling to comply with the state’s nurse staffing requirements as pandemic-induced burnout has exacerbated an already chronic nursing shortage nationwide.

But burnout isn’t the only thing compounding California’s nursing shortage: The state’s new vaccine mandate for health care workers is already causing headaches for understaffed hospitals before it is even implemented. Some traveling nurses – who are in high demand nationwide – are turning down California assignments because they don’t want to get vaccinated.