The Big “Take Away” from COP26 Confab is: Meat

Meat for we but not for thee is our rulers’ message from Glasgow. From Mark E. Jeftovic at bombthrower.com: 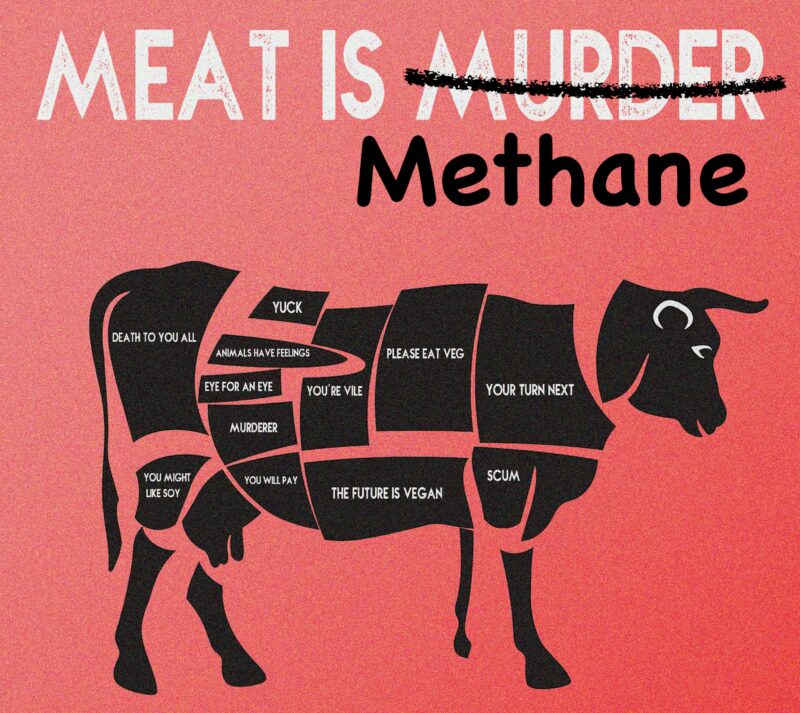 The most recent edition of the Crypto Capitalist letter had a section about the COP26 summit that was about to commence in Glasgow:

In 1866 Gideon J. Tucker famously opined “No man’s life liberty or property are safe while the Legislature is in session”. The UN’s 26th Climate Change Conference of the Parties is happening this week and I’m bracing myself for the hysteria and generalized idiocy that will emerge from it.

There already experts who  are clucking that “conspiracy theorists” are promulgating the idea that climate lockdowns are on the way:

“A new report by the Institute for Strategic Dialogue (ISD), a global organisation tackling extremism and polarisation, explains how this conspiracy claims that governments will strip people of their freedoms under the pretext of tackling climate change.”

Although conceding that “It’s important to recognise that fear of government overreach or authoritarianism is not in and of itself extremist” the eggheads at ISD fret that is problematic when “public issues are brought into a conspiratorial framework which implies there are unseen power dynamics at play”.

In the past, when the world’s wealthiest, most influential people, along with the heads-of-state of the most powerful nation states wing into Davos aboard their private jets and then re-emerge chanting “Build Back Better” like zombies, there’s nothing to suspect. Move along.

This week, after over 400 private jets shuttled the world’s movers and shakers into Glasgow for COP26. The big take away coming out of the confab is that it’s all about the methane.

Everybody knew methane is a greenhouse gas, but now it’s a media thing. From here on in it’s going to get political.