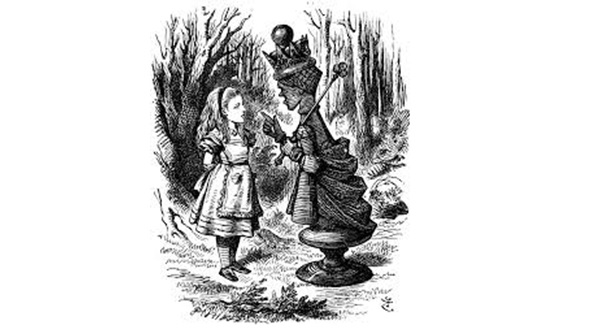 Alice laughed. “There’s no use trying,” she said. “One can’t believe impossible things.”

“I dare say you haven’t had much practice,” said the queen. “When I was your age, I always did it for half an hour a day. Why, sometimes I’ve believed as many as six impossible things before breakfast.”   –Alice in Wonderland

We live in an age when the level of deceit and propaganda is at an all-time high. Joseph Goebbels, Vladimir Lenin, and others did their best to force-feed propaganda to the masses, but they were rank amateurs compared to the spin doctors employed by the political leaders of today. They’re masters at convincing people of impossible things.

Whenever I listen to Americans discuss their country, I find people that are eager for more news and information, yet most, without even knowing it, accept much of the dogma they’ve been fed on a daily basis by their government and the media, even if, to outsiders, the assumptions are preposterous. Only those who make a concerted, ongoing effort to see through the smokescreen seem to keep clear.

Here are six impossible things that many seem to have little trouble accepting as reality.

Yes, the country’s in a mess, but that’s because of opposition-party meddling. If the party I favour could get a majority, they’d sort things out.

This seems to have been a popular belief for decades. It’s believed by Democrats and Republicans alike. But, in 2001, the Republicans held both houses of Congress, plus the presidency, yet even then they failed to deliver on what they claimed were their party’s fundamental goals. Between 2009 and 2011, the Democrats controlled all three, yet they, too, failed to deliver. If the electorate were to step back and look at the history of who is in power vs. changes in policy, they’d find that the government’s central programme of welfare/warfare continues unabated, regardless of who controls the Congress and White House. The primary policies of the US are determined independently of who has been elected. As American writer Mark Twain stated correctly, “If voting made any difference they wouldn’t let us do it.”