Can you define away the moronic? They’re trying. From Eric Peters at ericpetersautos.com: 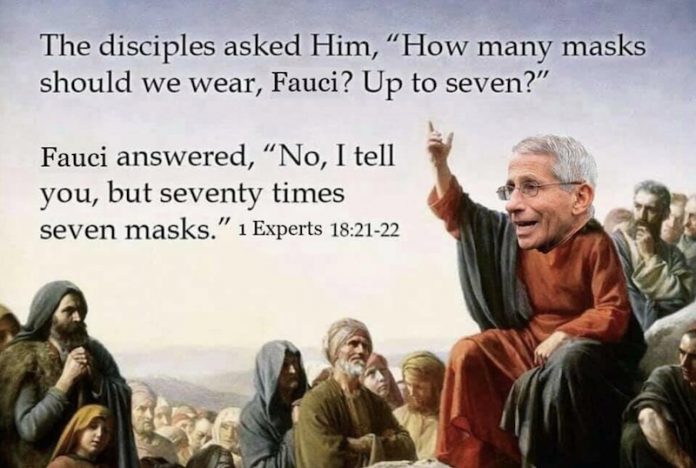 This used to mean (or be synonymous with) immunization. You received a vaccination so as to be immune to a sickness, as for example a polio or tetanus vaccine. If you got the shot, you could not get the sickness.

This also meant you could not give it. 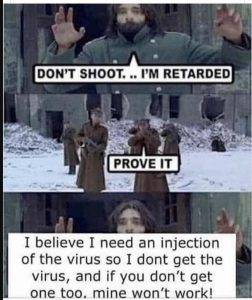 You were immune – and others were de facto immunized as well, by dint of your immunity, since you couldn’t spread what you couldn’t get.

A “vaccine” now means something that reduces the severity of sickness you can still get. 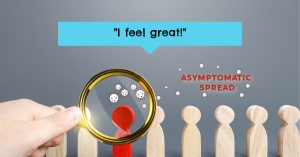 This used to mean a person who was not feeling sick and so probably was not sick who was nonetheless presumed to be sick and thus expected to wear a “mask” – an item that once meant a surgical suite device that met very specific standards – as an essential barrier to the spreading and getting of sickness.

It now has no meaning at all – because the meaning above conflicts with the newly revised definition of “vaccines,” which only suppress symptoms of sickness and so encourage the actual spreading and getting of sickness, asymptomatically.

It was once the . . . case that doctors only spoke of or rather, counted, people sick enough to need the assistance of doctors in order to recover from a sickness as a “case.”