Californians need not worry with crime skyrocketing and Gavin Newsome hell bent on taking what for many of them are newly acquired firearms. When trouble strikes and every second counts, the defunded police are only minutes away. From John Seiler at The Epoch Times via zerohedge.com:

Even as crime is surging in California, Gov. Gavin Newsom and his allies in the legislature are seeking to make it more difficult for citizens to defend themselves. 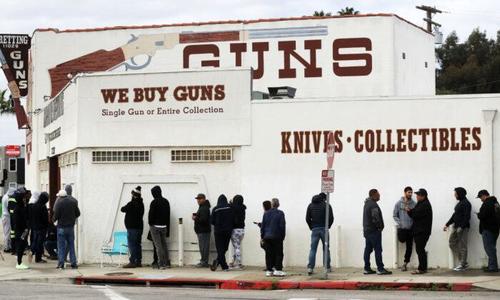 This week, Assemblyman Phil Ting (D-San Francisco) introduced Assembly Bill 1594, which reads, “This bill would specify that a gun industry member has created or maintained a public nuisance, as defined, if their failure to follow federal, state, or local law caused injury or death or if the gun industry member engaged in unfair business practices.”

It’s a blatant attempt to bankrupt the gun companies, a clear violation of the Second Amendment “right of the people to keep and bear arms.” The 2008 Heller decision by the U.S. Supreme Court clearly affirmed that meant an individual right, not just that of a state militia. And a right obviously can only be exercised if one has the physical means to do so.

For example, the First Amendment right to freedom “of the press” can only be exercised if paper companies are not impeded in their business of selling paper to publishers and the public. If the “paper industry” could be sued because, say, terrorists used paper to publish plans for attacks, then paper would go up in cost so high the exercise of freedom “of the press” would be impinged.