Boiling the Frog, by Jeff Thomas

If you thought that U.S. government surveillance couldn’t get any more comprehensive and intrusive than it already is, rest assured, it’s going to get worse. From Jeff Thomas at internationalman.com: 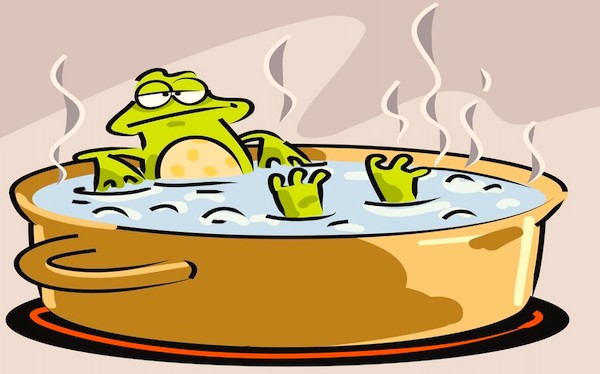 “There was, of course, no way of knowing whether you were being watched at any given moment. How often, or on what system, The Thought Police plugged in on any individual wire was guesswork. It was even conceivable that they watched everybody all the time. But at any rate, they could plug in your wire whenever they wanted to. You had to live – did live, from habit that became instinct – in the assumption that every sound you made was overheard, and, except in darkness, every move was scrutinized.”

The above quote is from “1984,” by George Orwell. The now-famous date that Orwell chose was actually of no real significance. He simply reversed the last two digits of the year in which he wrote the book, 1948. Orwell concerned himself less with timeline than with concept. And that concept has been chillingly accurate in its foresight.

The quote above should ring alarm bells in today’s world, particularly for those who live in the US, as the US government leads the world in the development of surveillance of its people.

Today, the US government is in the process of completing a massive electronic surveillance network that encompasses all telephone calls, all computer-driven communication, and all banking transactions. Quite a tribute to Orwell’s Big Brother.

We have in the past predicted that the surveillance net will eventually expand to include all monetary transactions by US residents (possibly through the replacement of the paper dollar by an electronic money system), allowing the US government to ultimately have knowledge of every aspect of the economic activities of US residents and, therefore, control over those activities.

The excuse given for such surveillance has been “to protect America from terrorism.” This notion is a wonderful invention, as terrorism can be imagined to be small or large and can occur at anytime, anywhere in the country. Further, if there are no actual occurrences, the government can create false flag incidents as easily and as often as they are needed.