The Failure Of MMT Is Now Evident, by Lance Roberts

Fiat debt creation isn’t an economic panacea. Who knew? From Lance Roberts at the Epoch Times via zerohedge.com: 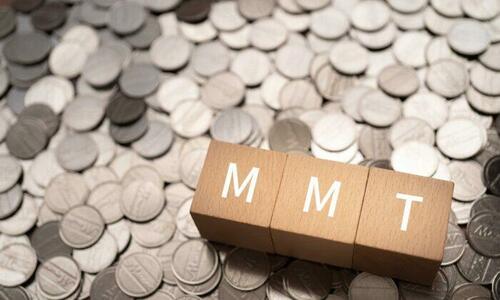 MMT Policy (Modern Monetary Theory), the grand experiment, was tried following the pandemic-driven shutdown of the economy. It failed miserably.

However, before we get to its failure, we need to review the policy to understand why it failed to work as anticipated. According to Investopedia: “The central idea of MMT is that governments with a fiat currency system under their control can and should print (or create with a few keystrokes in today’s digital age) as much money as they need to spend because they cannot go broke or be insolvent unless a political decision to do so is taken.”

Some say such spending would be fiscally irresponsible, as the debt would balloon and inflation would skyrocket. But according to MMT:

Here is the critical paragraph: “According to MMT, the only limit that the government has when it comes to spending is the availability of real resources, like workers, construction supplies, etc. When government spending is too great with respect to the resources available, inflation can surge if decision-makers are not careful.

“Taxes create an ongoing demand for currency and are a tool to take money out of an economy that is getting overheated, says MMT. This goes against the conventional idea that taxes are primarily meant to provide the government with money to spend to build infrastructure, fund social welfare programs, etc.”

With this base understanding, we can “review the tape” to judge whether MMT, as an economic policy tool, was successful in its implementation.

$5 Trillion Spent And All I Got Was Inflation

At the end of 2019, Federal Debt outstanding was $23.2 trillion. Of course, just three short months later, the government would decide to shut down the economy to battle the COVID-19 outbreak. That decision was the defining moment that implemented MMT with successive rounds of monetary stimulus from direct checks to households to expanded government subsidies. By the end of 2021, Federal Debt swelled to nearly $30 trillion. Such is the most significant increase in government spending in U.S. history.