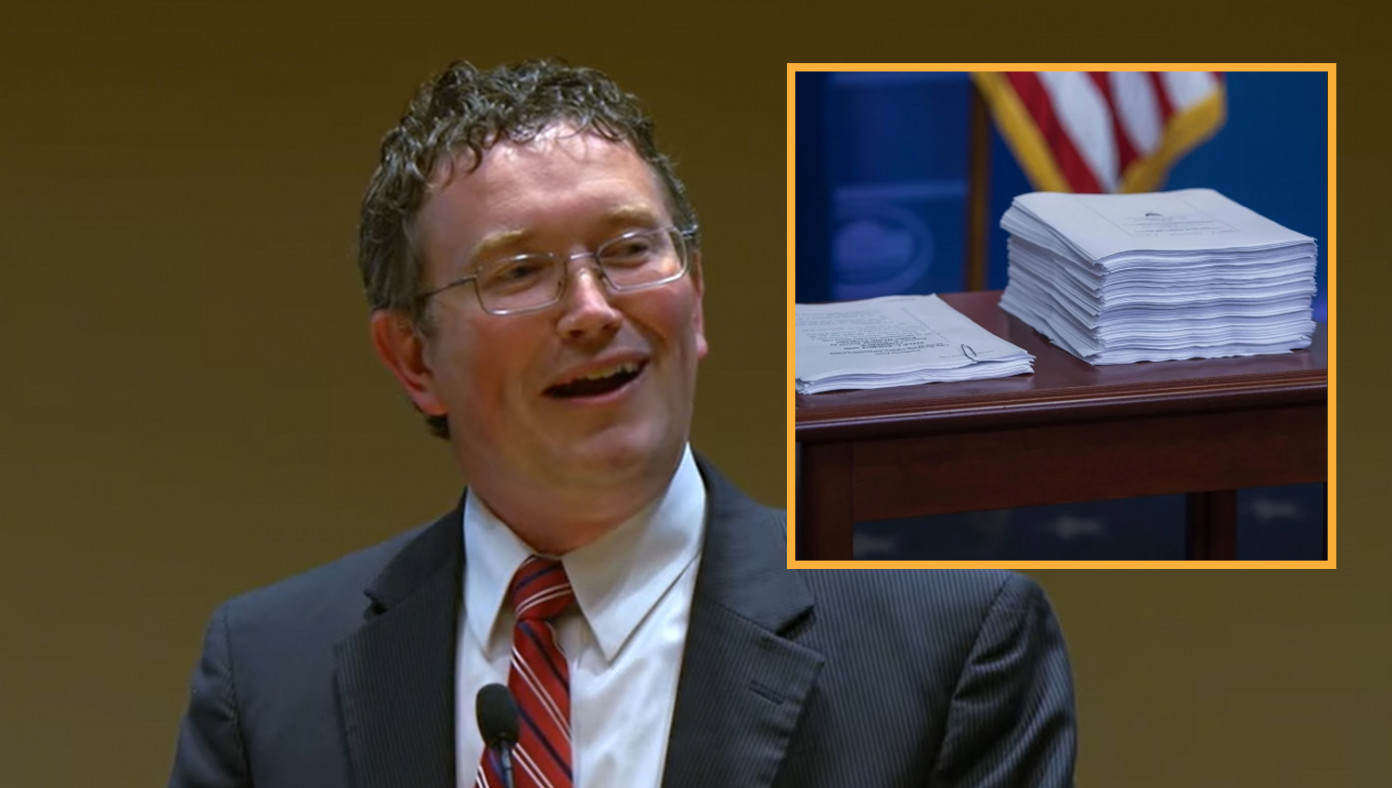 WASHINGTON, D.C.—An omnibus spending bill was approved by the Senate on Thursday night in a 68-31 vote. Curiously, the bill received some Republican support at the last minute. Sources confirm that the swing in support came as a result of Kentucky Rep Thomas Massie sneaking in a line that read, “defund the entire federal government” on page 2641.

The bill passed with predominantly Democratic support and was promptly signed by President Biden. At the document signing the president said, “This is a great day to build back better!”

Media cameras caught Rep Massie looking on from some nearby bushes. “How right you are,” he seemed to mouth while rubbing his hands together menacingly.

Upon signing the bill, President Biden fell incredibly ill and crumbled into an ash heap.

Senate Majority Leader Chuck Schumer was appalled when he learned he’d unwittingly signed away his salary and means of controlling American citizens, who he lovingly refers to as “peasants.”

“No one reads the bill!” he said in a fevered panic. “This is an outrage, how dare Mr. Massie! I’d say he needs to apologize publicly, but I guess I no longer have any power! Nooooooooo!”

Several prominent politicians immediately vacated their offices since they realized they’d no longer be getting paid. This has reportedly left a power vacuum to be filled by humble volunteers who can represent the common man.

At publishing time, a slew of new congressmen were appointed. Their first order of business was to give themselves a massive raise.

This entry was posted in Government, Humor, Politics and tagged Defund the government. Bookmark the permalink.