Even though only the who and not the how much or from whom has been revealed, the previously undisclosed royalty smack of at least conflicts-of-interest, and more probably, corruption. From Dr. Joseph Mercola at theburningplatform.com: 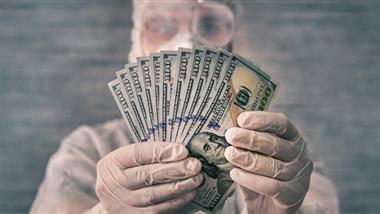 This entry was posted in Business, Cronyism, Government, Medicine, Morality and tagged Payments to government medical researchers and officials. Bookmark the permalink.