Worried about your kids’ safety in public schools? Take them out and home-school them. From Eric Peters at ericpetersautos.com:

Get your kids out of government schools.

And not just because they are soft targets. Do it because government schools are the places where soft-headed people are created. Not just intellectually, either – although government “schools” do their best to stunt the development of critical thinking in favor of critical race theory and other orthodoxies that must be truckled to. 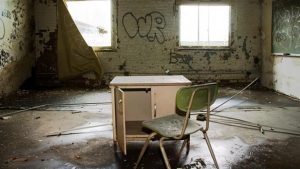 Instead of family and friends – people your kid knows and whom the kid knows cares about them – random strangers constantly changing, from classmates to the teachers – some of whom may care but not in the way a kid’s actual parents do (or ought to). Your kid is one of the herd, herded along from class to class, among kids he may not really know and whom you, the parent, are even less likely to know much about, if anything.