No sane person thinks pursuit of a neocon fantasy global empire is worth the risk of nuclear war. From Chris Hedges at consortiumnews.com:

At no time, including the Cuban missile crisis, have we stood closer to the precipice of nuclear war. 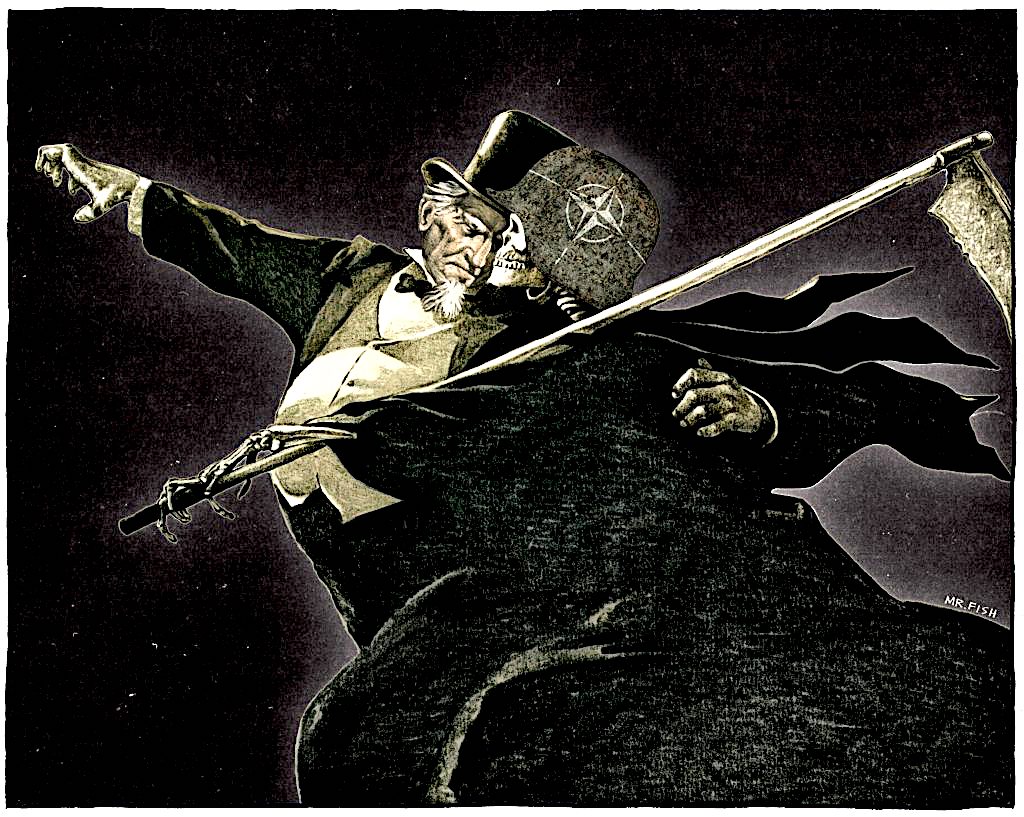 “Together We Are Wrong” — by Mr. Fish

The North Atlantic Treaty Organization (NATO) and the arms industry that depends on it for billions in profits, has become the most aggressive and dangerous military alliance on the planet. Created in 1949 to thwart Soviet expansion into Eastern and Central Europe, it has evolved into a global war machine in Europe, the Middle East, Latin America Africa and Asia.

NATO expanded its footprint, violating promises to Moscow, once the Cold War ended, to incorporate 14 countries in Eastern and Central Europe into the alliance. It will soon add Finland and Sweden.

It bombed Bosnia, Serbia and Kosovo. It launched wars in Afghanistan, Iraq, Syria and Libya, resulting in close to a million deaths and some 38 million people driven from their homes.

It is building a military footprint in Africa and Asia. It invited Australia, Japan, New Zealand and South Korea, the so-called Asia Pacific Four, to its recent summit in Madrid at the end of June. It has expanded its reach into the Southern Hemisphere, signing a military training partnership agreement with Colombia, in December 2021. It has backed Turkey, with NATO’s second largest military, which has illegally invaded and occupied parts of Syria as well as Iraq.