Tucker Carlson Outlines Dramatic Timeline of Political Corruption Within the Federal Bureau of Investigation, by Sundance

It may sound like hyperbole but it’s not: the FBI has become the Democrats’ secret police. From Sundance at theconservativetreehouse.com:

What Tucker Carlson outlined on his broadcast tonight is not a surprise to anyone here; however, it is good to see the direct accusations presented to millions of Americans.  The FBI is a corrupt politically motivated institution from top to bottom.  WATCH:

The collapse of institutional credibility has nothing to do with deplorable Americans and everything to do with the FBI’s own conduct.  As noted recently by Senator Chuck Grassley:

“If these allegations are true and accurate, the Justice Department and FBI are – and have been – institutionally corrupted to their very core to the point in which the United States Congress and the American people will have no confidence in the equal application of the law. Attorney General Garland and Director Wray, simply put, based on the allegations that I’ve received from numerous whistleblowers, you have systemic and existential problems within your agencies.” (LINK) 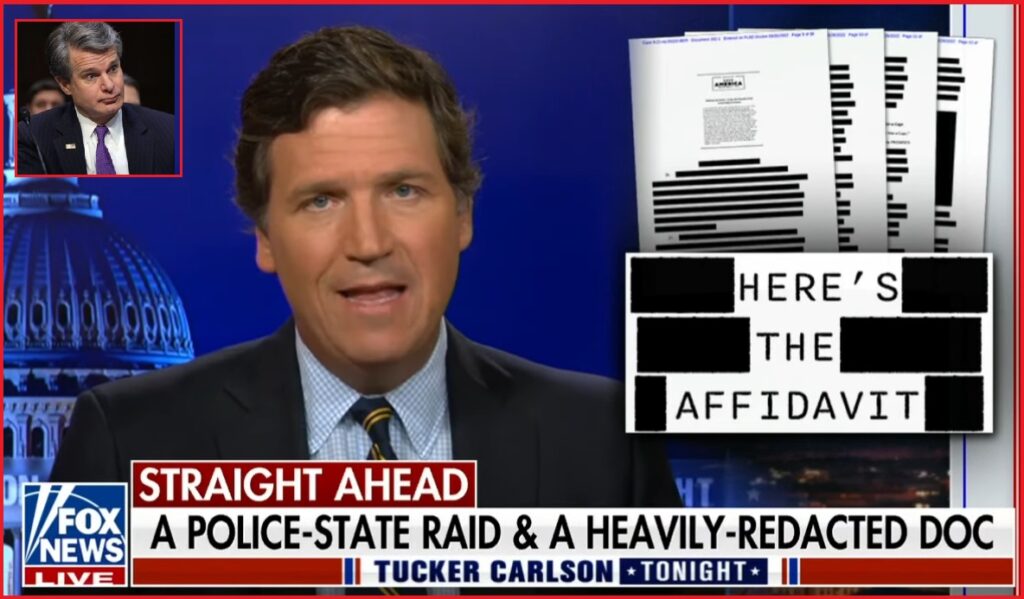 BACKGROUND on FBI –  As we discovered in January of this year, the FBI was fully aware of the terrorist who was planning to shoot the synagogue in Colleyville, Texas, and yet they did nothing.

The FBI knowledge of the shooter, Malik Faisal Akram, who was known as Faisal Akram was confirmed by The Daily Mail. Akram ranted, prior to his travel to the U.S, that he wished he had died in the 9/11 terror attacks. He was a regular visitor to Pakistan, and reportedly a member of the Tablighi Jamaat group set up to ‘purify’ Islam. To say the U.S. intelligence system knew Faisal Akram would be an understatement.

One response to “Tucker Carlson Outlines Dramatic Timeline of Political Corruption Within the Federal Bureau of Investigation, by Sundance”