PATRICK LAWRENCE: The Strong, and the Merely Powerful

Some lead by respect, some lead by terror. From Patrick Lawrence at consortiumnews.com:

In the world order now emerging, it is genuinely strong nations that will prevail over those reliant on power alone, and force will have little to do with it. 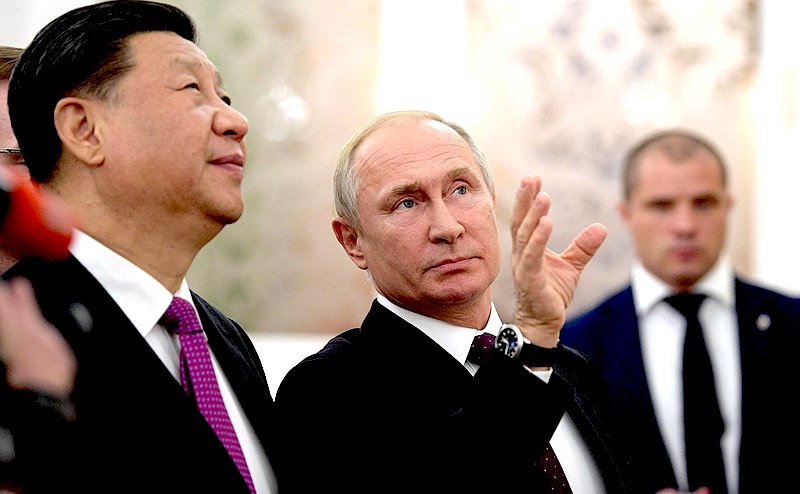 Vladimir Putin’s speech from the Kremlin last Friday, delivered to the nation and the world as four regions of Ukraine were reintegrated into Russia, was another stunner, in line with numerous others he’s made this year, demonstrating a fundamental turn in the Russian president’s thinking over the past eight months.

The implications of this new perspective warrant careful consideration. Putin has taken to looking forward and seeing something new, and in this he is hardly alone.

“The world has entered a period of a fundamental, revolutionary transformation,” Putin said while standing beside the leaders of the Luhansk and Donetsk republics and the Kherson and Zaporozhye regions. Phrases such as this bear the weight of history. By way of magnitude, presidential speeches do not get any larger. Here is how the Russian leader expanded on the thought:

“New centers of power are emerging. They represent the majority — the majority! — of the international community. They are ready not only to declare their interests but also to protect them. They see in multipolarity an opportunity to strengthen their sovereignty, which means gaining genuine freedom, historical prospects, and the right to their own independent, creative, and distinctive forms of development, to a harmonious process.”

Putin has been speaking in this register since Feb. 4, 20 days before Russia launched its intervention in Ukraine and on the eve of the Winter Olympics in Beijing. In the Joint Declaration on International Relations Entering a New Era and Global Sustainable Development, issued with Xi Jinping, Putin and the Chinese president declared, “Today the world is going through momentous changes,”

“and humanity is entering a new era of rapid development and profound transformation. There is increasing interrelation and interdependence between the States; a trend has emerged toward redistribution of power in the world.”

This entry was posted in Geopolitics, Governments, History, Uncategorized and tagged Vladimir Putin. Bookmark the permalink.