Read this for Tomas Young’s last letter to George W. Bush and Dick Cheney towards the end of the article. From Chris Hedges at consortiumnews.com: 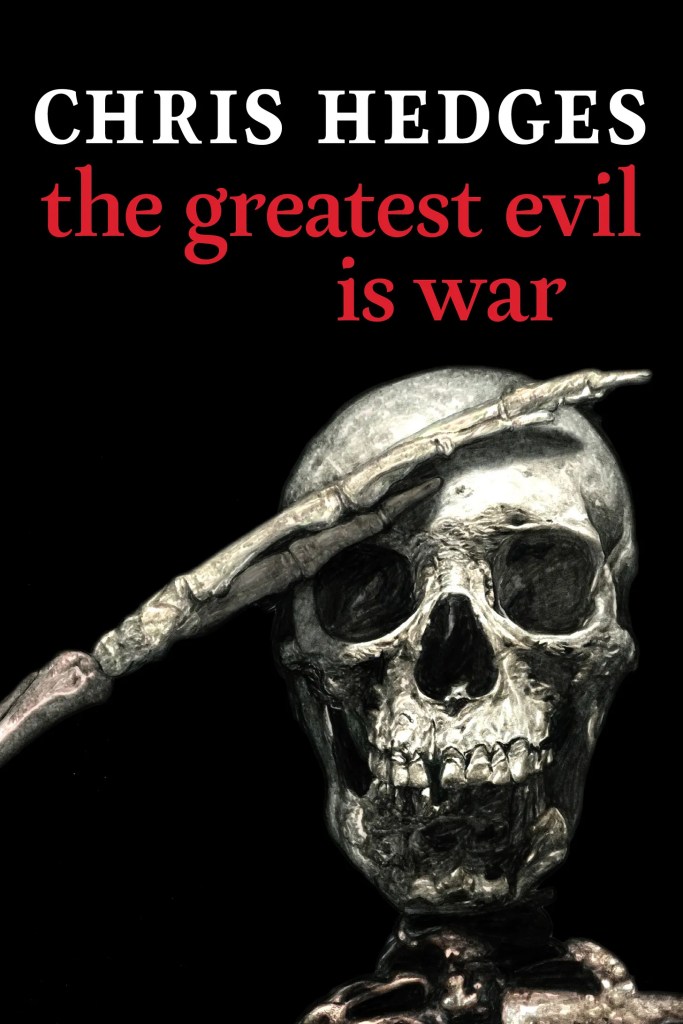 Excerpts from the author’s new book, The Greatest Evil is War.

I flew to Kansas City [in 2013] to see Tomas Young. Tomas was paralyzed in Iraq in 2004. He was receiving hospice care at his home. I knew him by reputation and the movie documentary Body of War. He was one of the first veterans to publicly oppose the war in Iraq. He fought as long and as hard as he could against the war that crippled him, until his physical deterioration caught up with him.

“I had been toying with the idea of suicide for a long time because I had become helpless,” he told me in his small house on the Kansas City outskirts where he intended to die. “I couldn’t dress myself. People have to help me with the most rudimentary of things. I decided I did not want to go through life like that anymore. The pain, the frustration.…”

He stopped abruptly and called his wife. “Claudia, can I get some water?” She opened a bottle of water, took a swig so it would not spill when he sipped, and handed it to him.

“I felt at the end of my rope,” the 33-year-old Army veteran went on. “I made the decision to go on hospice care, to stop feeding and fade away. This way, instead of committing the conventional suicide and I am out of the picture, people have a way to stop by or call and say their goodbyes. I felt this was a fairer way to treat people than to just go out with a note. After the anoxic brain injury in 2008 I lost a lot of dexterity and strength in my upper body. So, I wouldn’t be able to shoot myself or even open the pill bottle to give myself an overdose. The only way I could think of doing it was to have Claudia open the pill bottle for me, but I didn’t want her implicated.”

This entry was posted in Government, Military, Politics, Propaganda, War and tagged evil. Bookmark the permalink.