Internal combustion for me but not for thee. From Eric Peters at ericpetersautos.com: 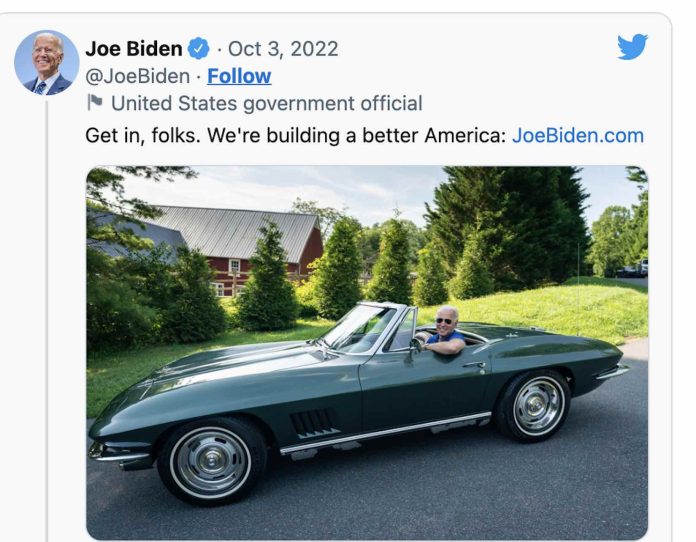 The other day, the Thing that’s trying to push us out of cars Tweeted (loathsome term suggestive of a giggling and none-too-bright 12-year-old girl) a photo of himself in his classic Corvette with the caption: Get in, folks. We’re building a better America.

Of a piece with the Thing’s insistence, a year ago, that those who took the drugs he pushes “aren’t going to get” COVID “if you have these vaccinations.” And that they are “95 percent effective.”

A much better America existed in 1967, the year Chevrolet built Biden’s Corvette. That year, Chevy built cars to meet the demands of the market, the people who put up their own money to buy what was built – and were free not to. As opposed to this year – when the entire car industry has been Sovietized and builds what government apparatchiks tell them to. And people are cattled-prodded into buying them – and made to subsidize them, even if they don’t buy them. 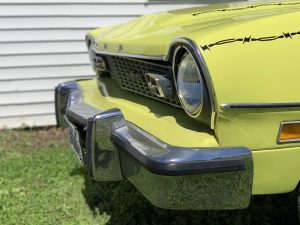 In ’67, Chevy was free to put styling – and it was some styling – ahead of “safety,” that cultish fixation on zero risk at whatever cost. In fact, it is just the excuse – as the “pandemic” was merely the excuse used to further objectives that had nothing to do with “health.”

It was possible, in that better time, to fit delicate but beatiful bumperettes to the Corvette. To put form ahead of function. Because it looked good – and that was all that mattered. If you didn’t like it, you were free to not buy it. To buy a “safer” – uglier – car, such as a Volvo, for instance.