Collectivism is collectivism. There are eerie similarities between Democratic party and Chinese Communist party doctrine. From Stu Cvrk at The Epoch Times via zerohedge.com:

The brilliant former U.S. Supreme Court Justice Antonin Scalia was once quoted as saying, “Words have meaning. And their meaning doesn’t change.” That is absolutely true, but the meanings of commonly understood words are frequently corrupted, represented, or obfuscated by nefarious people.

Both the Chinese Communist Party and the U.S. Democratic Party are masters at obfuscating language to achieve their political objectives. There are even some interesting similarities in certain aspects of messaging by both parties. 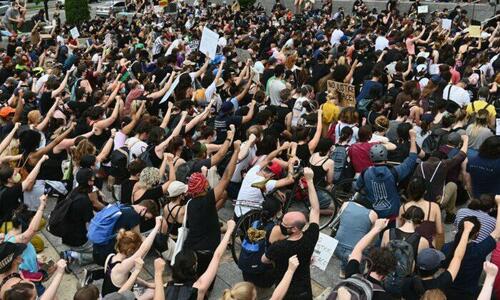 Let us explore the thesis.

In order to convey a false sense of the legitimacy, the leader of the Chinese Communist Party (CCP)-ruled government Xi Jinping regularly opines about the crackpot term “whole people’s democracy,” which is then endlessly repeated in the echo chamber of state-run Chinese media. The concept is absurd because there is no such thing as genuine democracy in a one-party dictatorship in which only CCP-approved candidates occupy positions across all levels of government.

The report presented by Xi during the recently concluded 20th National Congress of the CCP included a new slogan that embellishes “whole people’s democracy”: acting for people, relying on people. This is simply more twisted gobbledygook, as the CCP has been “acting for the people” without regard to any democratically-obtained input from the Chinese people since the communist regime took power in 1949.