We now have so much debt that additonal debt burdens rather than helps the economy. It’s going to take a long time to dig out. From Chris MacIntosh at internationalman.com: 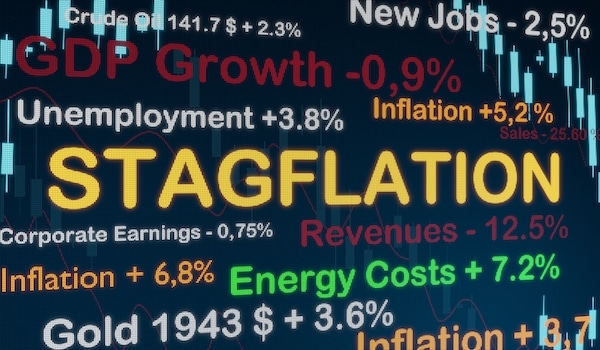 Why stagflation — and not inflation or deflation — will prevail as the dominant theme for the decade?

This period is analogous to the 1930-40 period with an exception. The countries going into this particular crisis are debt laden as we’re at the tail end of the long-term debt cycle. Not only that but the largest reserve currency economic blocks (US, Europe, UK, and Japan) are now moving into the contraction/restructuring stage of the cycle.

Consider where we are now. In every major economic bloc with a currency system that is used as reserves (most notably the US, UK, EU, and Japan) we have reached levels where growth has stalled. This growth stall was prior to the 2020 lockdowns, by the way. Debt had already begun to be unsustainable in so far as debt laden assets had reached insane levels with simultaneous levels of accompanying debt. The ROI provided was in many instances negative. Remember those negative yielding sovereign bonds in Europe? Remember loss making (high tech whizz bang “growth”) such as the ARK Innovation Fund.

The premise, of course, was that increasing levels of debt would continue to bring marginal real growth. We always said it was nonsense and now it’s proving to be. I guess we got lucky.