On the Influence of Neo-Nazism in Ukraine, by Joe Lauria

If you need a comprehensive article to refute those who pooh-pooh Neo-Nazism in Ukraine, this is it. From Joe Lauria at consortiumnews.com:

A short history of neo-Nazism in Ukraine in response to NewsGuard’s charge that Consortium News published false content about its extent. 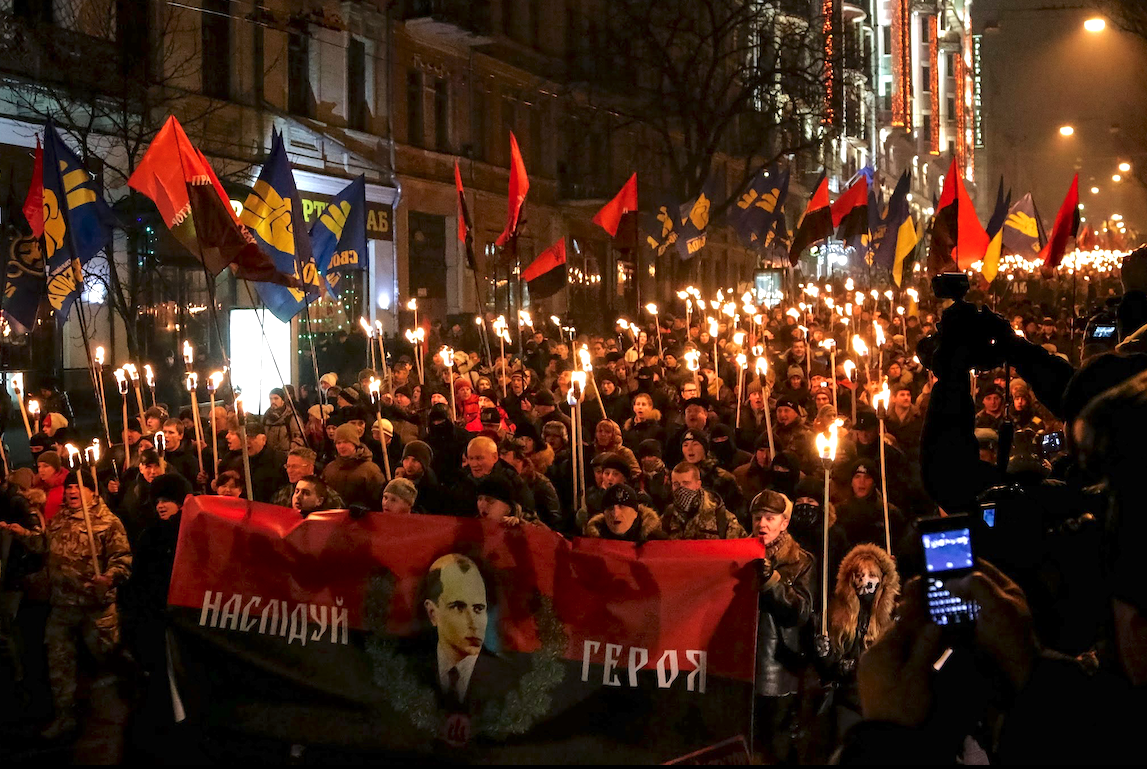 Torchlight parade behind portrait of Bandera on his birthday, Jan. 1, 2015. (Wikimedia Commons)

The U.S. relationship with Ukrainian fascists began after the Second World War. During the war, units of the Organization of Ukrainian Nationalists (OUN-B) took part in the Holocaust, killing at least 100,000 Jews and Poles.  Mykola Lebed, a top aide to Stepan Bandera, the leader of the fascist OUN-B, was recruited by the C.I.A. after the war, according to a 2010 study by the U.S. National Archives.

The government study said, “Bandera’s wing (OUN/B) was a militant fascist organization.” Bandera’s closest deputy, Yaroslav Stetsko, said: ““I…fully appreciate the undeniably harmful and hostile role of the Jews, who are helping Moscow to enslave Ukraine…. I therefore support the destruction of the Jews and the expedience of bringing German methods of exterminating Jewry to Ukraine….”

The study says: “At a July 6, 1941, meeting in Lwów, Bandera loyalists determined that Jews ‘have to be treated harshly…. We must finish them off…. Regarding the Jews, we will adopt any methods that lead to their destruction.’”

Lebed himself proposed to “’cleanse the entire revolutionary territory of the Polish population,’ so that a resurgent Polish state would not claim the region as in 1918.” Lebed was the “foreign minister” of a Banderite government in exile, but he later broke with Bandera for acting as a dictator. The U.S. Army Counterintelligence Corps termed Bandera “extremely dangerous” yet said he was “looked upon as the spiritual and national hero of all Ukrainians….”

One response to “On the Influence of Neo-Nazism in Ukraine, by Joe Lauria”