Thanks go to Tony Heller, who first collected many of these news clips and posted them on RealClimateScience.

Modern doomsayers have been predicting climate and environmental disaster since the 1960s. They continue to do so today.

None of the apocalyptic predictions with due dates as of today have come true.

What follows is a collection of notably wild predictions from notable people in government and science.

More than merely spotlighting the failed predictions, this collection shows that the makers of failed apocalyptic predictions often are individuals holding respected positions in government and science.

While such predictions have been and continue to be enthusiastically reported by a media eager for sensational headlines, the failures are typically not revisited. 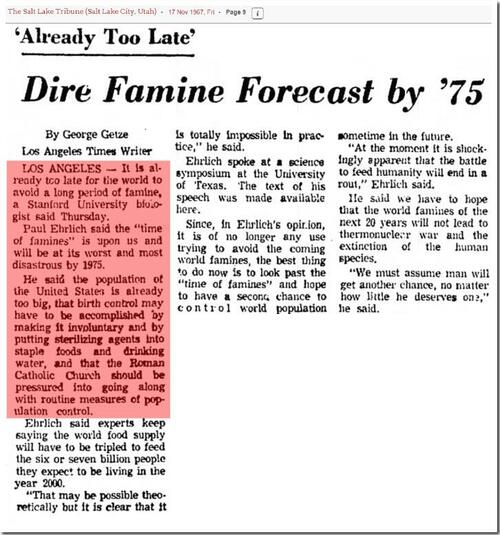