Temperatures in Northern Hemisphere Due to Fall Over Next 25 Years, According to Six Top International Scientists, by Chris Morrison

The six top international scientists’ predictions will probably be more accurate than Al Gore’s and Greta Thunberg’s. From Chris Morrison at dailyskeptic.org: 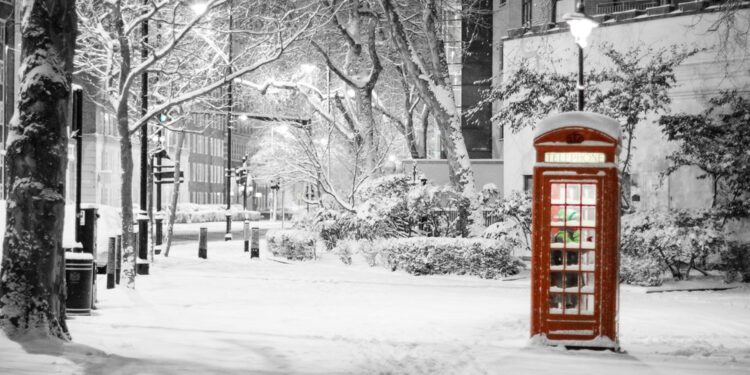 Whisper it quietly – and don’t tell Al ‘Boiling Oceans’ Gore – but the Northern hemisphere may be entering a temperature cooling phase until the 2050s with a decline up to 0.3°C. By extension, the rest of the globe will also be cooled. These sensational findings, ignored by the mainstream media, were released last year and are the work of six top international scientists led by Nour-Eddine Omrani of the Norwegian Bjerknes Centre for Climate Research. Published in the Nature journal Climate and Atmospheric Science, the scientists say that the North Atlantic Multidecadal Oscillation, an important sea current that has been pumping warmer water into the Arctic, is weakening and that’s leading to a cooler North Atlantic area and lower temperatures, as was observed in the period 1950-1970.

Certainly, current observations back up these suggestions. As we reported recently, Arctic summer sea ice stopped declining about a decade ago and has shown recent growth. The Greenland surface ice sheet grew by almost 500 billion tonnes in the year to August 2022, and this was nearly equivalent to its estimated annual loss. Of course, climate alarmists have not quite caught up with these recent trends, with Sir David Attenborough telling his BBC Frozen Planet II audience that the summer sea ice could all be gone within 12 years.

Interestingly, the six scientists, whose work has helped debunk the ‘settled’ science myth, still attribute some global warming to human causes. The Northern hemisphere is characterised by “several multidecadal climate trends that have been attributed to anthropogenic climate change”. But producing work that predicts 30 years of global cooling puts them outside the ‘settled’ narrative that claims human-produced carbon dioxide is the main – possibly the only – determinant of global and local temperatures. At the very least, it dials down the hysteria pushing for almost immediate punitive net-Zero measures. Lead author Omrani is reported to have said that the expected warming pause “gives us time to work out technical, political and economic solutions before the next warming phase, which will take over again from 2050”.

This entry was posted in Environment, Politics, Propaganda, Science and tagged Climate. Bookmark the permalink.