Anti-Lockdown Protests All Across Europe, from Off-Guardian

When will such protests arrive in the US? From off-guardian.org: 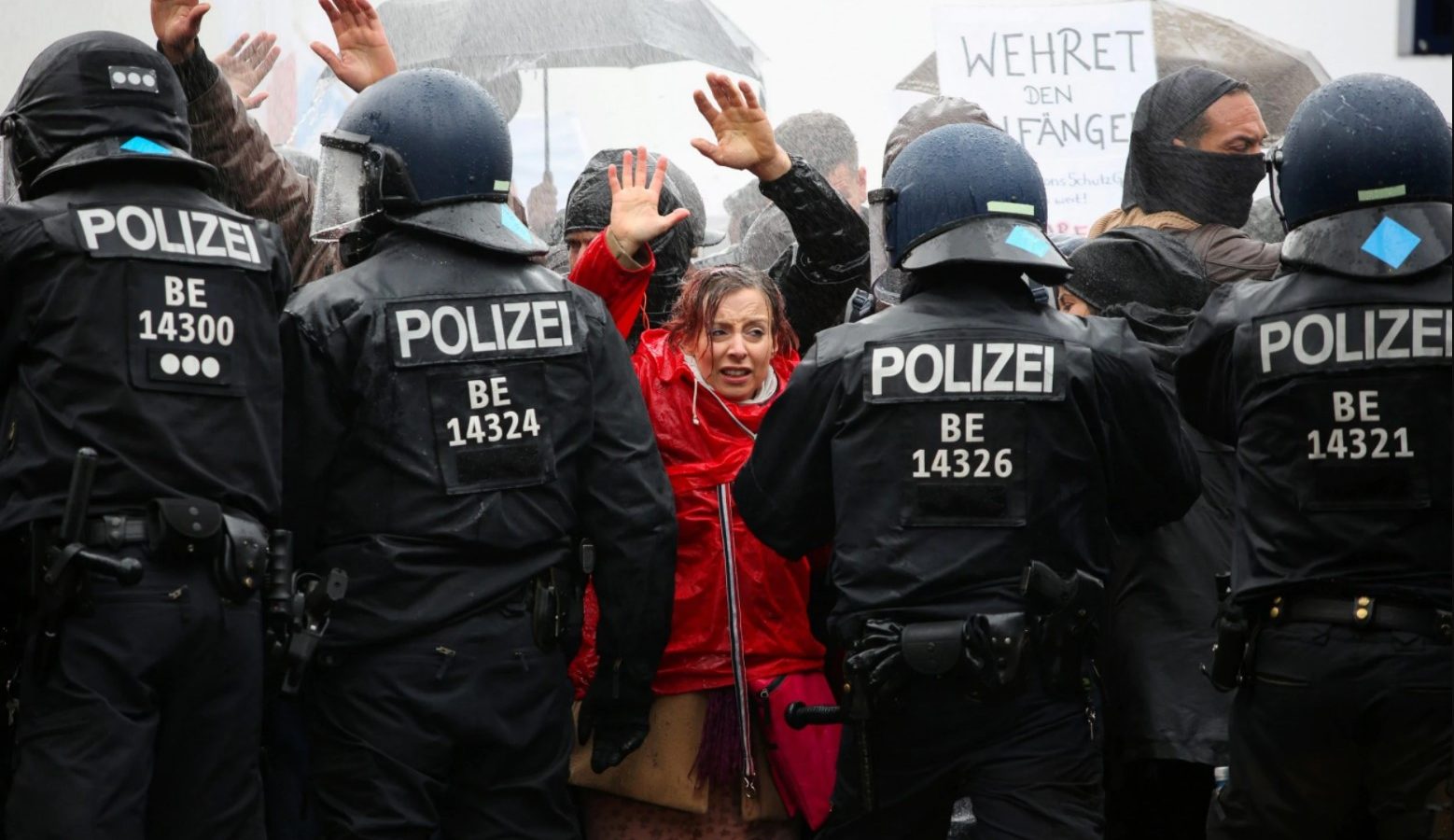 As the alleged “second wave” of the Coronavirus “pandemic” is reported to be sweeping across Europe in recent weeks, many governments have enthusiastically embraced their totalitarian side and granted themselves sweeping new “emergency powers” alongside new lockdown measures.

The public has been markedly less co-operative this time around. Rebelling against the seemingly arbitrary limitations which are not supported by either science or common sense. Protests have taken place all across the continent.

Thousands of people gathered in Berlin over the last few days, protesting the Merkel government passing a new lockdown law. Police turned water cannons on the crowds, and nearly 200 people were arrested.

According to reliable sources, elements of Antifa rushed to the scene of the Anti-New Normal Totalitarianism protest in Berlin today, hoping to hold the “Corona Deniers” down, so that the cops could hose them real good, but they were just a little too late. pic.twitter.com/RdQ67qYjnN

The mainstream reported “hundreds” of protesters, but as pictures plainly show it was more like tens of thousands:

“Thanks for the picture Majd Abboud, not hundreds, not thousand, but ten’s of thousands protested in Berlin today and it’s only the beginning of something big…” Sonja Van Ende#Covid_19 pic.twitter.com/hLxNaTEqYv