The State of Modern Education: One Cartoon is Worth a Thousand Blue-Ribbon Reports 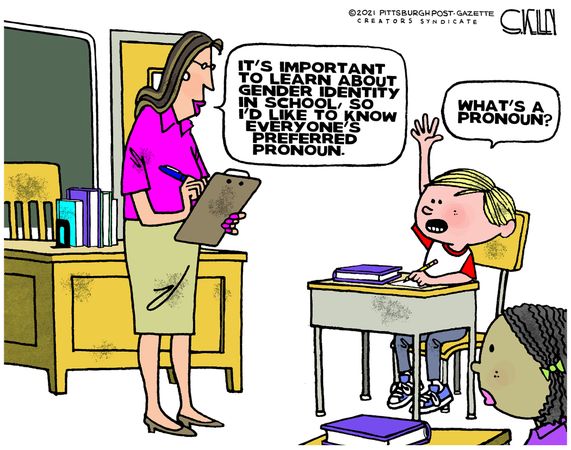 The Best High School in the Country May be Sacrificed to Diversity, by Gregory Hood

A top-notch high school may lower standards to let in more people who are not currently being let in, and liberal parents of the school’s students are upset at being hoisted on their own petard. From Gregory Hood at unz.com:

Demographic change has remade the Old Dominion. Once reliably conservative, Virginia is now a blue state. Non-white immigrants and white liberals moving to Northern Virginia (NOVA) lead this sea change. Arlington, once home to Robert E. Lee, and Alexandria, once a city that honored the Confederacy, are occupied territory.

Liberal whites and Asians face a contradiction. NOVA residents are generally status-seeking and career oriented. From my experience, they have the luxury beliefs of a self-conscious elite. Unfortunately for them, egalitarianism has a logic of its own. If you preach it enough, eventually it will turn on you.

Thus, we arrive at the current controversy about the Thomas Jefferson High School for Science and Technology (TJHSST). It’s not being renamed, though we can probably assume that’s next. Instead, the school, ranked by US News as the best high school in the country, has eliminated its admissions test because not enough blacks and Hispanics can pass it. TJ, as it is called, was going to have an admissions “lottery” for students who had a 3.5 GPA or better, but the Fairfax County Schools Board did not approve that part of the plan. Still, that might just be a stay of execution. A proposed “Holistic Review” instead of a lottery might be even worse.

So, for now, no one knows how TJ is going to select its students, but the old days of pure meritocracy are gone.

From the time I arrived in New York from Puerto Rico at age 11, I was brought up Democratic. And when I went into politics, as a U.S. congressman, Bronx borough president and deputy mayor—I did so as a Democrat. Last week, after more [than] 30 years in Democratic politics, I joined the Republican Party.

This inertia has been most evident in their approach to schools. In the City University system (of which I am vice chairman of the board of trustees), there are schools like Hostos Community College, where students not even fluent in English have been awarded degrees. And when I challenge the practice of social promotion in elementary and secondary schools and call for academic standards, prominent Democrats attack me.

This defense of low standards reflects a fundamental Democratic problem: Many Democrats believe that some ethnic groups, such as Hispanics, should not be held to the same standards as others. This is a repellent and destructive concept, a self-fulfilling prophecy of failure.