CBDCs, SDRs, and the Re-Monetization of Gold, by Nick Giambruno

Banks and central banks relentlessly debase their fake money, they are setting the stage for the return of real money, gold. From Nick Giambruno at internationalman.com: 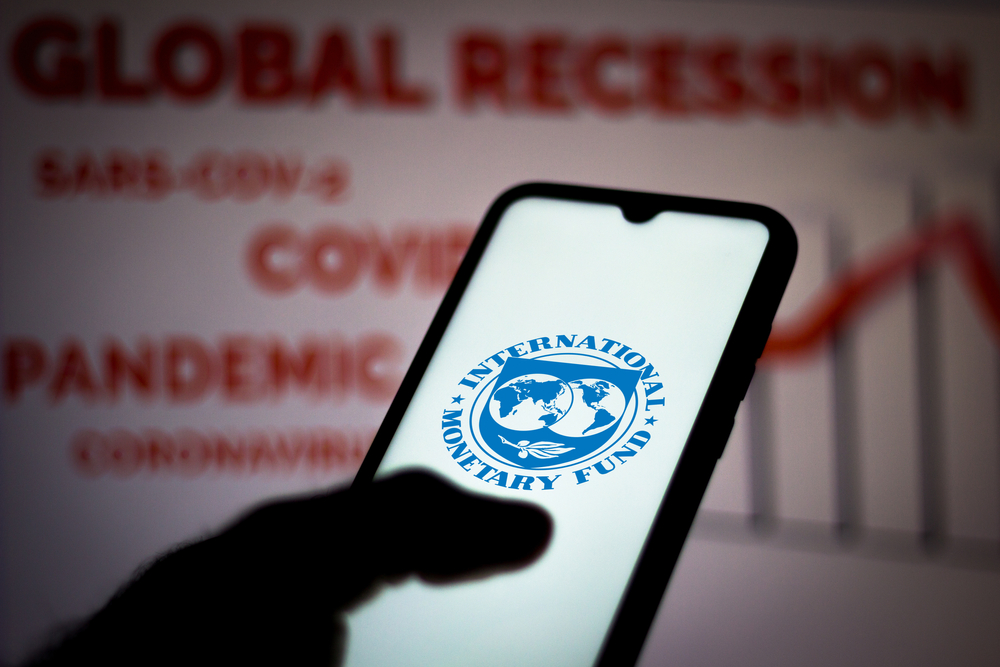 The current monetary system is on its way out.

Even the central bankers running the system can see that.

That’s why they are preparing for what comes next as they attempt to “reset” the system.

It’s important to emphasize that nobody knows what the next international monetary system will look like—not even the elites. However, they know what they want it to look like and are working hard to shape that outcome.

Next, I’ll examine their preferred outcome.

Plan A: CBDCs and SDRs

Despite all the hype, CBDCs are nothing but the same fiat currency scam with a new label on it—and zero privacy. They will make it even easier for the government to inflate the currency, and that’s what I expect them to do if they impose CBDCs on us.

However, it’s doubtful CBDCs can save otherwise fundamentally unsound currencies—as I believe all fiat currencies are.

Dear President Trump: America is in for a Rude Awakening in January, by James Rickards

James Rickards says that come the new year, the globalists will dump the dollar in favor of Special Drawing Rights issued by the International Monetary Fund. From Rickards at dailyreckoning.com:

Over the last couple of years I’ve been all over TV… from Fox News to CNBC, CNN and Bloomberg. I’ve been telling our fellow Americans that the financial global elite was planning to issue their own globalist currency called special drawing rights, or SDRs.

And that those elites would use this new currency to replace the U.S. dollar as the global reserve currency.

I’ve even written about this extensively in my best-selling booksThe Road to Ruin and The New Case for Gold.

I’m sure some people in the mainstream media thought I was out of line — but the United Nations and the International Monetary Fund (IMF) have both confirmed this plan to replace the U.S. dollar is real. I’ve made this warning many times, but it seems to be falling on deaf ears. That’s why I’m writing directly to you.

Here’s the proof that the U.S. dollar is under attack, right in front of our eyes:

The UN said we need “a new global reserve system… that no longer relies on the United States dollar as the single major reserve currency.”

And the IMF admitted they want to make “the special drawing right (SDR) the principal reserve asset in the [International Monetary System].”

More recently, the IMF advanced their plan by helping private institutions, such as the UK’s Standard Chartered Bank, issue bonds in SDRs.

Although our mainstream media ignored this major event, the UK media reported:

This is all happening. And on January 1st, 2018, this trend to replace the U.S. dollar will accelerate. That’s when the global elite will implement a major change to the plumbing of our financial system.

It’s a brand-new worldwide banking system called Distributed Ledger Technology. And it will have a huge impact on seniors who are now preparing for retirement.

When this system goes live, many nations will be able to dump the U.S. dollar for SDRs.

To continue reading: Dear President Trump: America is in for a Rude Awakening in January

Outside of Washington, the world makes way for a rising power and its currency. From Wolf Richter, at wolfstreet.com:

Now even Israel – joined at the hip to the US though the relationship has run into rough waters – has applied to become a founding member of the China-led Asian Infrastructure Investment Bank. Despite US gyrations to keep them from it, over 40 countries, including bosom buddies Australia, Britain, and Germany, have signed up to join. Japan is still wavering politely.

The US government sees the China-dominated AIIB as competition to the US-dominated World Bank and Asian Development Bank. But now that it is clear even to the White House that the US can’t stop the tide, Treasury Secretary Jack Lew backpedaled vigorously on Tuesday. The government would welcome the AIIB, he suddenly said, as long as certain conditions are met, such as adequate transparency.

So after this bruising setback, the US now has another opportunity to oppose China’s financial and monetary ambitions.

China is trying to get the IMF to bestow reserve currency status on the yuan, which would add the yuan to a glorious basket that includes the dollar and the euro – currently the dominant reserve currencies with a 63% and 22% share respectively. So it has been lobbying core members of the IMF behind the scenes for support, and they’re coming around despite US conniptions, the Wall Street Journal reported.

China also wants the yuan to become part of the IMF’s Special Drawing Rights “in the foreseeable future,” Yi Gang, Director of the State Administration of Foreign Exchange and Deputy Governor of the People’s Bank of China, pointed out a couple of weeks ago. With the yuan, SDRs – which currently include only the dollar, the euro, the yen, and the British pound – would “undoubtedly” be more “representative” of the global economic landscape, Yi said.

Numerous countries are already publicly supporting the yuan as a payment currency. Excluding transactions between China and Hong Kong, the yuan’s use as payment currency is still tiny and edged down last year, handicapped also by China’s restrictions on capital flows. But hey, those are minor details. By now, there are 15 yuan clearing centers around the world, including in London, Frankfurt, Paris, and Luxembourg.

And oops, the rebellious city of Los Angeles, in the rebellious state of California, has signed such a deal with the Industrial and Commercial Bank of China late last year, without apparently asking distant Washington for permission. So this is happening, whether the US government wants it or not.

Posted in Economics, Fiction, Other Views