Pentagon campaign to recruit Vietnam as military ally against China exposed delusions of US war strategy, by Gareth Porter

The US somehow mistranslated Vietnamese and understood no to mean yes. From Gareth Porter at thegrayzone.com:

After convincing itself Vietnam would grant it access for missile bases against China, the Pentagon got a hard dose of reality.

When the Pentagon began gearing up for a future war with China in 2018, Defense Department officials quickly realized that they needed access to Vietnamese territory for troops armed with missiles to hit Chinese ships in a US-China conflict. So they initiated an aggressive campaign to lobby the Vietnamese government, and even Communist Party officials, in the hope that they would eventually support an agreement to provide them the permission.

But a Grayzone investigation of the Pentagon’s lobbying push in Vietnam shows what a delusional exercise it was from its inception. In a fit of self-deception that highlighted the desperation behind the bid, the US military ignored abundant evidence that Vietnam had no intention of giving up its longstanding, firmly grounded policy of equidistance between the United States and China.

Vietnam as a key base in US war strategy

Between 2010 and 2017, China developed intermediate-range missiles capable of hitting American bases in Japan and South Korea. To counter that threat, the Pentagon and military services began working on a new strategy in which US Marines, accompanied by an array of missiles, would spread out over a network of small, rudimentary bases and move continuously from one base to another.

Militarism in a Time of Pandemic: The Arrogance of the (Ongoing) US War in Iraq, by Danny Sjursen

Refusing to leave a country that’s supposedly an ally, and then waging war on it, definitely sounds like arrogance. From Danny Sjursen at antiwar.com:

Look, I’m no doctor; not a scientist; certainly no expert in epidemiology. So I’ve kept silent, for the most part, on the Coronavirus. Being more than a little out of my depth on the subject, I’ll continue to do so. Nonetheless, it is striking how the disease outbreak has swallowed the news cycle whole, totally blotted out the sun of reportage on America’s ongoing militarist wars. While almost certainly not the cause or initial motive, 24/7 Corona-coverage has been convenient for the establishment media and political elites: a beyond-reproach justification for total blackout for U.S. wars and violent interventions that continue to kill our soldiers and – in far greater numbers – foreigners unlucky enough to live in the vast, contested expense from West Africa to Central Asia.

Generally, I’m a decidedly Occam’s Razor sort of guy: which is to say, one who never rules out the preeminence of contingency and rank incompetence as an explanatory tool for world events. Conspiracy peddling is hardly my go-to position. Still, however this Corona emergency turns out – passing (let’s hope) panic or zombie apocalypse – it must be said that the wall-to-wall disease reporting serves as an opportune disciplining tool. To wit, while it’s totally acceptable to utilize Corona as a cudgel – by the establishment “Left,” and it’s peculiar neoconservative allies – to batter (perhaps somewhat appropriately) Donald Trump, any critical analysis of the media response and it’s failure to report other war-related news is beyond the pale. Count me skeptical of the polite, prevailing band of admissible discourse.

END_OF_DOCUMENT_TOKEN_TO_BE_REPLACED

Democracy in foreign lands is fine until those foreign lands want to kick you out of their country. From Caitlin Johnstone at caitlinjohnstone.com:

Following a vote by the Iraqi parliament to remove foreign troops from the nation, the US president threatened to destroy Iraq’s economy in retaliation and to refuse to leave unless an expensive military base worth billions of dollars was paid for.

“If they do ask us to leave, if we don’t do it in a very friendly basis,” Trump told the press on Sunday. “We will charge them sanctions like they’ve never seen before ever. It’ll make Iranian sanctions look somewhat tame. If there’s any hostility, that they do anything we think is inappropriate, we are going to put sanctions on Iraq, very big sanctions on Iraq.”

“We have a very extraordinarily expensive air base that’s there. It cost billions of dollars to build. Long before my time,” Trump also said. “We’re not leaving unless they pay us back for it.” 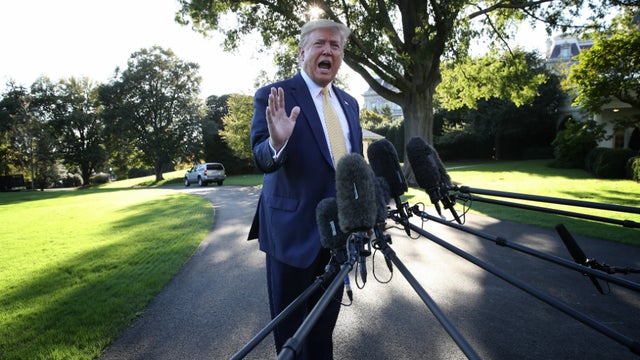 408 people are talking about this
Continue reading→

Iran Holds All the Cards in Coming Middle East Conflict With US, by Scott Ritter

Iran has shown itself to be quite adept at inflicting pain on its enemies. Scott Ritter details possible retaliation scenarios. From Ritter at lewrockwell.com:

Unless Trump is ready to drop a tactical NUKE

Iran has promised retaliation for the assassination of Qassem Suleimani. Donald Trump said this will lead to a disproportionate response from the US. One side can deliver on its threats, the other can’t, unless it goes nuclear.

“Our reaction,” Iranian general Hossein Dehghan said at the weekend, “will be wise, well considered and, in time, with decisive deterrent effect.”

Dehghan also noted that Iran was not seeking a wider confrontation with the US.

“It was America that has started the war. Therefore, they should accept appropriate reactions to their actions. The only thing that can end this period of war is for the Americans to receive a blow that is equal to the blow they have inflicted.”

Dehghan is no run-of-the-mill former Iranian general officer, but was one of the major decision makers within the Islamic Revolutionary Guard Corps (IRGC) during the Iran-Iraq War, and later went on to command the IRGC Air Force, before eventually being appointed Iran’s minister of defense. After stepping down from that position, Dehghan became a special advisor to the Supreme Leader of the Islamic Republic Ali Khamenei.