Antifa is Playing Right Into the Hands of a Burgeoning Police State, by Michael Krieger

The headline says it all. From Michael Krieger at libertyblitzkrieg.com: 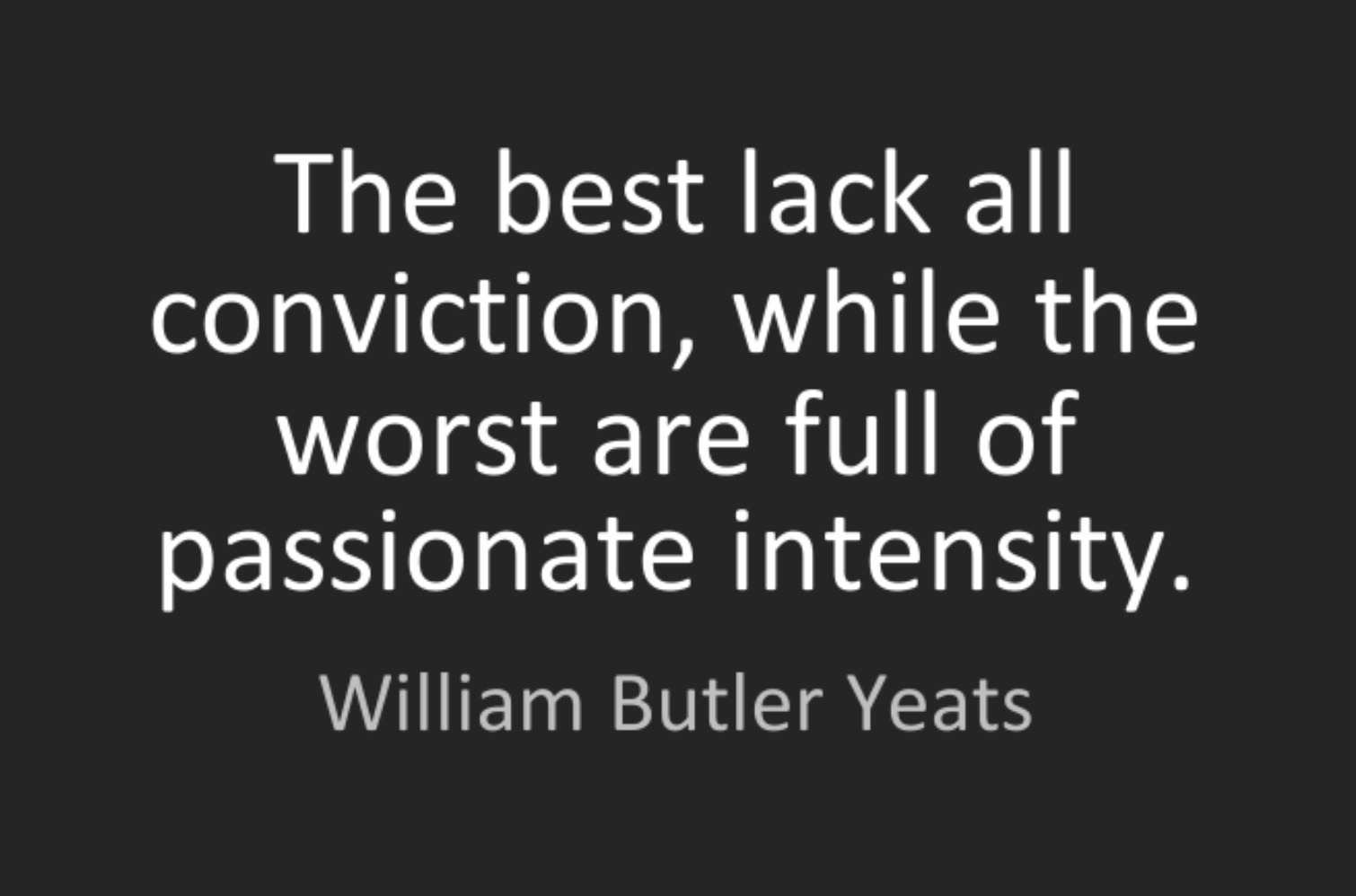 Many people involved in politics swear by the notion that “the ends justify the means,” which is typically the sign of a self-serving actor attempting to justify questionable if not downright evil action in order to get what he or she wants. While pursuit of “the greater good” is often put up for public consumption, the driving force behind this sort of action is almost always personal gain of some sort. This is what most politicians do for a living, which is why they are justifiably hated by the general public.

The moment you justify one very wrong action to achieve a noble goal, what’s to stop you from next even more unethical action, or the next and the next? Nothing. This is what’s so dangerous about going down such a path. Indeed, those who fight monsters often end up becoming the exact thing they claim to be fighting. The world doesn’t benefit from this, only the person who has gained power as a result does, at least superficially. Ultimately, even that person doesn’t benefit when all is said and done. A person who attains their goal by sacrificing principles is a tormented, miserable person. They may seem to “have it all” from the outside, but deep down they hate themselves and what they’ve become. There is no peace. I believe karma eventually catches up to everybody one way or the other.

One of the primary motivating factors that drove me to start writing publicly on a daily basis, was a recognition that the chaos and cultural lack of cohesion resulting from the thievery of the financial crisis and the increasingly corrupt, socioeconomic paradigm we live under would provide the pretext for “the state,” whether governed by a Democrat or Republican, to further dismantle civil liberties and usher in a country increasingly defined by less freedom. This was a motivating concern under Obama and it remains a motivating concern under Trump.

As I’ve warned repeatedly over the years, at some point the “war on terror” would be brought home to the good ol’ USA, with all enemies suddenly being labeled domestic terrorists. This is happening right now, thanks in large part to all the media hysteria about antifa and neo-Nazis.

To continue reading: Antifa is Playing Right Into the Hands of a Burgeoning Police State

8 responses to “Antifa is Playing Right Into the Hands of a Burgeoning Police State, by Michael Krieger”