Another Way EVs Will Cost Us, by Eric Peters

Electric car production will probably cost a lot of auto workers their jobs. From Eric Peters at ericpetersautos.com: 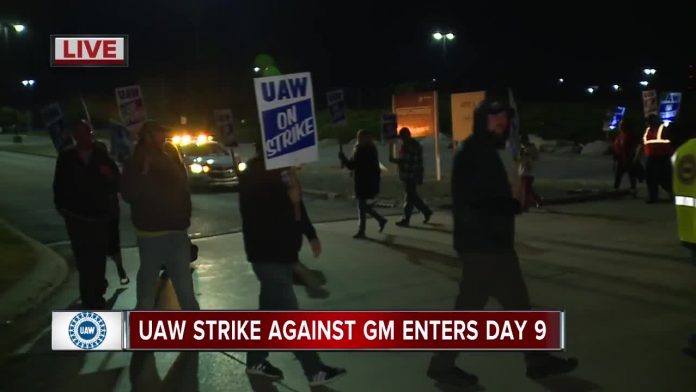 Lost in the fatuous fake news juggernaut about the supposed misdeeds of the relentlessly besieged Orange Man has been real – and important news – about the longest nationwide strike by autoworkers in almost 50 years.

The target of the strike is General Motors. The United Auto Workers haven’t been working since September 16. Almost all GM plants have been idled since then, with the exception of the truck plant in Silao, Mexico. But a shortage of parts caused by the idling of the plants north of the border will almost certainly cause the truck plant to go silent soon, too.

The closures are costing GM about $25 million per day in lost profit, according to analysts.

But they could cost autoworkers – and us – much more.

The UAW is wangling with GM over several things, including some of the usual things such as wages, health care and job security.

That last item is italicized to emphasize something brewing that’s extremely newsworthy but isn’t being reported much by the general press, probably because it almost never reports anything that is alarming about the EV juggernaut.

One of those things is what the force-feeding of electric cars will do to car industry jobs – and not temporarily.

An EV is a transportation module with fewer parts that is much easier to assemble than a non-electric car. It requires fewer workers to manufacture – and maybe not any at all. It is likely that an EV production line could be almost completely automated. 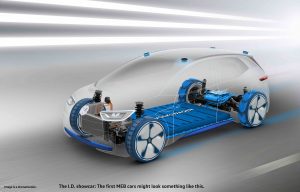 Many plants – not just GM’s – will be closing and not temporarily, because of a labor dispute.

Also plants that used to build engines and transmissions (EVs don’t have them) as well as all the peripheral systems, many of which EVs also do not have. The EVs themselves are largely disposable, too. Like a smartphone.

This has happened before, of course – but very differently.

The horse-and-buggy industry gave way to the car industry at the beginning of the 20th century – but organically. Because cars were functionally superior to the horse and buggy. When they became much cheaper than a horse and buggy – the breakthrough achieved by Henry Ford with his assembly line technique and mass production of the Model T – almost everyone except the Amish gave up their horse and buggy – and they kept theirs for religious reasons.

Today, we’re being forced for religious reasons to give up our cars in favor of the modern analog of the horse and buggy.

Whatever putative merits EVs may have, according to those pushing them – the facts about their much higher cost, much reduced operating range and much increased time to resume operation are incontestable. Ordinarily, these facts would prevent them from being mass produced for all the obvious reasons – the most obvious one being that the masses are as unlikely to buy EVs as people in the 1950s were likely to buy horses and buggies.

But the difference is that people are going to be forced to buy EVs.

They are already being forced to “help” defray the cost of mandates requiring the manufacturing of them, via higher prices for non-electric cars – and they’re forced to “help” the few who do want them to buy them, via taxpayer-financed subsidies.

But that won’t be enough to get most people into an EV.

It will be necessary to make non-EVs cost at least as much – and maybe more than – EVs. This will be done via “polluter pays” annual registration fees (these being based on the religious fatuity that carbon dioxide is a “pollutant”  . . . but only when “emitted” at the tailpipe) and incrementally expanding bans on the use of other-than-electric cars; first in urban areas, then spreading outward.

This will create “demand” for EVs – in the Five Year Plan Sense of top-down-decreed artificial demand for them. It is considered an irrelevance by the five-year-planners whether the people downstream want – or can afford – any of this.

GM will permanently close and consolidate more plants – and so will the rest of the industry. “Productivity” will go up, but wealth will not be created.

It will be transferred.

From the bottom of the pyramid to the apex.

In addition to paying more for cars – now electric exclusively – people will be forced to pay the social costs of all those workers no longer working. It will be paid in more than money, too. There will be a growing anger, born of frustration and hopelessness.

This is not capitalism – but it will be demagogued as such by people who know better, who will demagogue it to use and manipulate its victims – the autoworkers, for instance. Who will be victimized twice, at least.

First, they’ll lose their jobs – not because those jobs have been rendered obsolete but because they’ve been legislated out of existence. Then they’ll become desperate, comparable jobs (and income) probably not being available. Then they’ll become dependent – on demagogues, who will urge more of the same poison – government, always government – which caused them to be victimized in the first place.

EVs will lead to the proletarianization of America. Reversing the gains made by average people over the past 120 years.

The UAW strike is a prequel of things to come.