When we get done with the impeachment farce, will we turn around and investigate all the shady dealing Democrats have had in Ukraine? Undoubtedly not. From Tyler Durden at zerohedge.com:

Rudy Giuliani claims that US diplomats have been acting to further the interests of billionaire George Soros in Ukraine in what he described as a “massive pay-for-play” scheme which included falsifying evidence against President Trump. 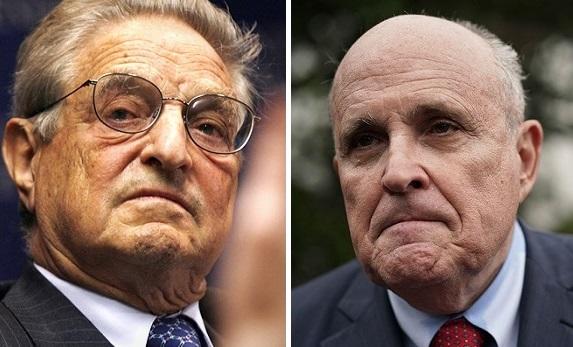 “The anti-corruption bureau is a contradiction,” Giuliani told Glenn Beck, regarding Ukraine’s National Anti-Corruption Bureau (NABU), which Joe Biden helped establishwhen he was the Obama administration’s point-man on Ukraine.

As a bit of background, in December of 2018, a Ukrainian court ruled that NABU director Artem Sytnyk “acted illegally” when he revealed the existence of Trump campaign manager Paul Manafort’s name to Journalist and politician Serhiy Leschenko in a “black ledger” containing off-book payments to Manafort by Ukraine’s previous administration. The ruling against Sytnyk and Leshchenko was later overturned on a technicality.

One response to “Giuliani Explains “Massive Pay-For-Play” Soros-Ukraine Scheme Facilitated By US Diplomats, by Tyler Durden”