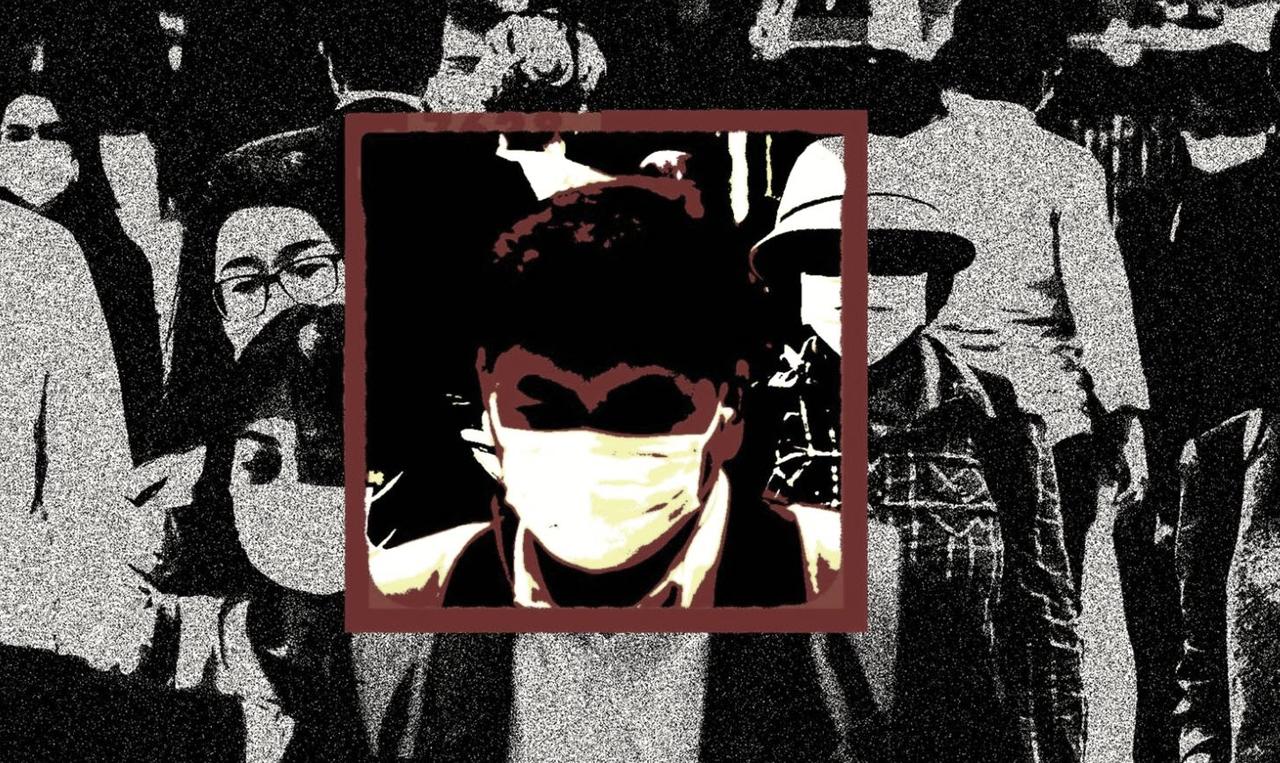 War metaphors are prevalent in the UK too, the “spirit of Blitz” lives on. Apparently. We’re going to start making ventilators like we used to make Spitfires, (presumably we’ll be asked to send in our pots and pans to help in that regard). The Daily Mail actually interviewed the 103 year old Vera Lynn, who thinks we should all “pull together”.

This encouragement of ersatz community spirit is all a prelude to the passing of the Coronavirus Bill, a truly terrifying piece of legislation.

The proposed measures span everything from the predictably totalitarian to the worryingly bizarre.

First, the police can detain a person they suspect of being infectious:

Therefore, the bill will enable the police and immigration officers to detain a person, for a limited period, who is, or may be, infectious and to take them to a suitable place to enable screening and assessment.

They will also remove “restrictions” on vaccination:

removing a current restriction in how Scottish territorial Health Boards can deliver vaccination programmes would mean that, when a vaccine becomes available, it can reach as many people as possible.

postpone the local, mayoral and Police and Crime Commissioner elections that were due to take place in England in May this year until May 2021. Provision will also be made to postpone other electoral events over the course of the year (such as by-elections)

…and grant legal immunity to people involved in treating the disease (of special relevance given the likelihood of untested vaccines be rushed into mass use):

provide indemnity for clinical negligence liabilities arising from NHS activities carried out for the purposes of dealing with, or because of, the coronavirus outbreak,

It’s a grab-bag of vaguely worded powers, wide open to “interpretation”. It is highly dangerous. There’s even hints that London could be put under total lockdown.

Most bizarre are the relaxed legal regulations for registering deaths (which we discuss in more detail here).

All told, it’s a terrifying prospect for the future of the country.

It’s not hard to envision a world where a person can be “detained” on “suspicion of having the virus” when they are perfectly healthy, and their family has all their social media posts about it taken down for spreading “misinformation”.

Hell, the new rules would then make it easier to cover up any deaths in custody by having private funeral directors register deaths that require no secondary confirmation. A claim this person died “whilst being treated for Covid19” would also render all those involved legally immune.

That is an extreme example, but there lies the danger of vaguely worded “powers”. They are wide open to abuse.

Yesterday Britain saw its first arrest under these new rules, a young man (not reported to be sick at all) was arrested on the Isle of Man for refusing to self-isolate. He now faces up to 3 months in prison, or a fine of £10,000.

Also announced yesterday, Boris is shutting all service businesses down. Clubs, bars, cafes, gyms, leisure centres, restaurants, cinemas. All gone. Putting potentially millions of people out of work, but introducing a new benefit (one you have to attend a Job Centre to claim, where it’s well known you can’t catch viruses).

The Danish compulsory vaccine/treatment law is looking comparatively tame at this point.

China is tagging people with electronic bracelets, and scanning crowds with special helmets to monitor anyone with a slight temperature.

Israel, having suspended Netanyahu’s corruption trial, is now busying itself eradicating some civil liberties. Their proposed use of harvested mobile phone data to track and surveil those possibly infected is the most heartwarming use of illegally gathered private information I can recall.

Never to be outdone, the US is putting entire cities and states under total lockdown. Dystopian “shelter in place” orders have been issued for the whole of California. Meetings of more than 10 people are banned, with some regions setting helplines for mean little volunteer Kapos to report any illegal congregations.

“Secret emergency plans” for a military government in the event DC is “devastated” were recently “leaked” to Newsweek. You can feel the General’s eagerness through the prose.

Sean Penn is all for the idea.

The private sector is getting in on the act too, with YouTube announcing their automated system is going to be taking down a lot more videos (they blame working from home, but the idea Google doesn’t already have a facility for working remotely is frankly absurd). The five major Tech Giants released a joint statement on “combatting misinformation” and “boosting authoritative sources”.

Well-known medical expert Bill Gates did an AMA on Reddit (transcribed here), in which he casually drops some chilling ideas into the conversation:

Eventually we will have some digital certificates to show who has recovered or been tested recently or when we have a vaccine who has received it.

All in all, our freedoms are being swamped. Big corporations and states alike are setting boundaries on individual rights on a flimsy pretext.

Is anyone in the media reporting that? Of course not. Instead we’re getting fawning celebrity-based drivel like this in the Independent, trying to convince us “we’re all in this together”, or weasel-worded nonsense like this from Jonathan Freedland in The Guardian where he mourns Johnson’s “libertarian” spirit and reluctance to impose social control. That would be the mass-surveilling, drone executing, war-supporting type of libertarian. A crass and obvious example of narrative management.

Even members of the alt-media are falling for this, with prominent voices hailing the measures as necessary or demanding “further action” (one usually sane analyst is advocating locking all of those “probably infected” inside empty sports stadiums to be “medically monitored”). Somehow former Goldman Sachs banker and Hedge Fund manager Rishi Sunak is being praised as some kind of Nye Bevan figure. It’s almost literally insane.

No, it was just a new type of flu. It passed, there was media hype, of course, but the world remained the same.

The time for arguing over whether the CFR is 2% or 3% is done, because even if the disease is as bad as they are reporting, none of it can justify the Orwellian nightmare that Britain (and much of the rest of the developed world) is turning into.

People with platforms need to focus on this, without falling for rhetorical traps or emotionally manipulative sob-stories. Human-interest anecdotes are meaningless, and feel good articles about “pulling together” or “not taking any risks” are negative panic at best or enabling emergent fascism at worst.

That would be actual fascism. Not the pretend type that the anti-Trump “resistance” has been rabbiting on about for three years.

Consider that: This is the EXACT SITUATION everybody from the NYT to CNN was hysterically warning Trump would introduce since he was first elected, and where are those people now? Cheering him on. Because of “public health”.

The same people ranting about Boris Johnson being an alt-right neo-Nazi racist and unfit for public office before Christmas, now want to give the man legal authority to arrest anyone with a cough and nail pensioners inside their homes.

“Social distancing” is just another word for mass quarantine, and as Dr Joel Kettner said on the radio last week, there’s no evidence to suggest it actually works to control diseases. Control people though? Well, that it does like a charm.

But maybe I’m over-reacting, right? After all, this is only for a short time. We’ll go back to normal soon enough. Those two years will just fly by.

Well, let’s look at the Patriot Act – sweeping, authoritarian changes to the US legal system which were enacted after 9/11 on a “temporary” basis and have been extended and expanded by every President since. It is still very much in place today.

Or France’s “state of emergency”, granting “special powers” to the police after 2015 shootings in Paris. Those were extended by Hollande for years, until Macron “ended” the State of Emergency by essentially signing those powers into law permanently. They became the “new normal” too.

Or, the golden oldie, the Reichstag Fire Decree. Passed after the eponymous fire, it “temporarily” suspended German civil liberties in name of rooting out communist insurgents. You probably already know how that turned out.

“Special powers” don’t go away. They are not temporary, they won’t be surrendered. Everything we give the government our permission to do, they will do. For the foreseeable. And you know why?

Because they become the Bear Patrol. The rock that keeps tigers away. Once they are there, and everything calms down, they can be hailed as the reason everything is calm.