Why the Police Must Be Removed from the Equation, by Jeff Thomas

Imperfect as they may be, the police are tired of being everybody’s scapegoat and whipping boy. From Jeff Thomas at internationalman.com: 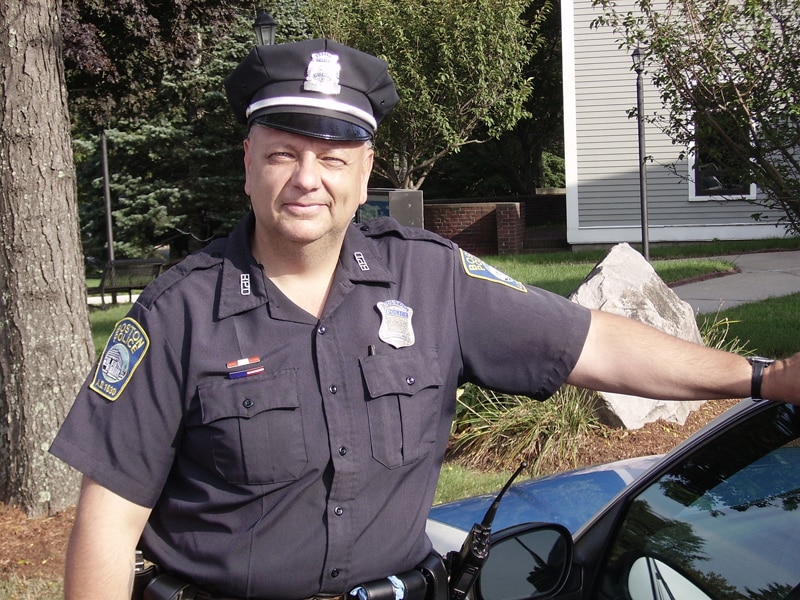 In America, no one likes the police… not really.

There are many, perhaps even half of Americans, who conceptually support the idea of the police, but virtually no one likes what the police have become.

At one time, the fellow in the image above was America’s idea of the neighbourhood cop. Today, if one were to conjure up an image of a policeman, it would be a more Darth Vader-like image of a man whose face is obscured by mask, goggles and helmet, wearing body armour, and carrying an assault weapon.

Decades ago, the local cop was looked upon as a good guy – part of the community. He may not have been thought of as having been part of the intelligentsia, but he did receive his training under the concept of “serve and protect,” and for the most part, he behaved accordingly.

But that’s no longer so.

Somewhere along the line, policemen ceased to receive training under the heading of “serve and protect,” and now receive an entirely different form of training that focuses on control.

Not long ago, I watched a police training video in which police recruits were being led by a trainer, punching their fists in the air in unison, and shouting repeatedly, “I have the power! I have the power!”

And, unfortunately, that’s the direction the police in America have gravitated to – if not on a national level, then at least in areas of high population concentration.

This is quite an important change. Once the latest batch of recruits have been indoctrinated into the concept that “You must submit to my authority,” there will be more frequent extremes in force, including some actual homicides. Whilst most police will be likely to maintain a measure of self-control, there will be those few who, if any resistance occurs, will go to any length to achieve submission, including homicide.

Of course, if the police are trained primarily to control the citizenry rather than to be a part of the community, they will eventually inspire alienation, resentment and hatred.

But if we’re objective, we’ll recognize that, periodically, there have always been community protests and that they’ve sometimes become violent. In each such case the local police have been called in.

Well, although few police have actually overstepped their authority and become unreasonably forceful, they tend to all be tarred with the same brush – both the protestors and the media tend to label them all as fascist and racist – even those police who are the same race as their accusers.

Clearly, logic is not a deterrent to typecasting.

This is not the first time such accusations have occurred – they tend to pop up whenever police are tasked with controlling crowds.

Governors, mayors, police commissioners and even police chiefs now routinely apologise for their officers, accepting the media’s tendency to lump them all together as being fascist and racist.

This has not resulted in a toning down of the vitriol heaped on the police. Quite the contrary – the rhetoric has only become louder and is led on a daily basis by the media.

And we’re now beginning to see the reaction by the police themselves. Those who previously accepted their task of confronting protesters and rioters have begun to call in sick en masse, or even walk away from their jobs entirely.

No doubt they’re hoping that their disappearance from duty will make both the public and their own superiors swallow hard and say, “We’re sorry, I guess we were too harsh. We should have supported you in doing the job you were hired to do. Please come back.”

But this is not what will happen. Those who are in the upper reaches of the police hierarchy will try to save their own skins, and will take a knee, on camera, in apology for their officers.

This will only serve to further polarize the front-line police from their superiors.

At the same time, we’re seeing placards by the thousands, reading, “Defund the Police.”

And this is not a mere idle threat. The media now promote a programme under which most police duties would be turned over to social workers, mental health practitioners, and “victim advocates.”

So, the objective here is not to defund, but to re-allocate those funds, diminishing the numbers of actual police drastically.

It would appear that only a small segment of the population actually support this concept, yet the great majority who may well fear diminished police protection are noticeably silent, apparently fearful of appearing to be politically incorrect.

The outcome would be to de-fang police at the local level, to render them incapable of the “protect” portion of “serve and protect.”

But why? And why now?

Well, the US has entered an economic crisis. At present, it’s perceived by most to be a downturn due to the coronavirus, but it will soon become apparent that it is a major crisis that has only just begun.

And it will be devastating to the lives of Americans.

Soon, they’ll figure out that the government, the banksters, et al, have robbed them of their economic stability and they’re headed for a state of neo-serfdom.

There can be no doubt that there will be widespread unrest and riots as a result. At this point, the US has a host of federal enforcement agencies: the NSA, DHS, USMS, CIA, FBI, BOP, USSS, TSA, CBP, BIS, OLE, DIA, NGA, OCR, FAMS, DEA, National Guard and literally dozens of others.

If and when the people of the US begin to rebel on a significant scale, it would not be at all surprising if some or most of these agencies were called out to suppress dissent.

And this perception is not by any means conjecture or “conspiracy theory.” The 2001 Patriot Act and 2011 National Defense Authorization Act effectively allow the entire US to be redefined as a battleground, to be controlled by martial law.

Of course, if federal troops are deployed in the US, the group of combat-trained individuals who are most likely to stand against them would be the local police. After all, it’s their own communities that would be under fire, their own neighbours who would be the casualties.

History has shown that, when the central government’s troops move in to control a population, the local enforcers often turn against them and become their adversaries.

Therefore, a federal government would be wise to diminish that potential opposition, months prior to any major move toward martial law.

If that is indeed what’s in store, we should not be surprised if the central government and the media work together to remove the local police from the equation.

One response to “Why the Police Must Be Removed from the Equation, by Jeff Thomas”