In Your Face, by Eric Peters

To repeat: face masking isn’t about medicine and health, it’s about power and control. From Eric Peters at ericpetersautos.com: 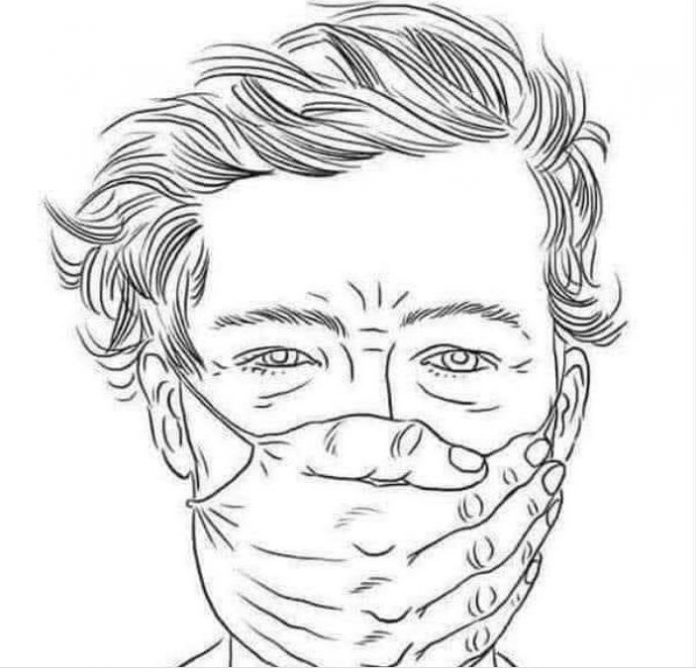 Jefferson wrote that it is evil and tyrannical to force a man to furnish funds for the propagation of ideas he despises.

Something far more evil and tyrannical is afoot. Or rather, being forced onto people’s faces.

The  thing itself is itself is merely sad. Its wearer – by choice – identifies himself as a person easily scared or very neurotic. A person who believes that death – as opposed to the cases! the cases! – is in the air rather than being transmitted over the air.

And that feelings prevent sickness.

If this person were thinking rather than feeling, he would not wear a dirty bandana over his face nor be calmed by the sight of others so attired. He would wear at least an N100 mask/respirator – something that is actually effective at “stopping the spread”  . . . but which also costs a great deal more than a dirty bandana or a throw-away face condom.

Apparently, his life – and granny’s – isn’t worth the $25 or so it takes to buy an N100 or better device. Plus the goggles. Mustn’t forget them  . . . assuming this isn’t about feelings.

But of course, it is about spreading submission – to an idea – by participating in a ritual.

By making everyone look the same the impression is conveyed that they think the same. Which serves to legitimize this sameness.

It also serves another, more despicable purpose. That being to make the thinking feel – by looking – foolish. When he knows better.