The Truth About Mask Hyseria, from The Burning Platform and The New England Journal of Medicine

Via The New England Journal of Medicine – May 21

“We know that wearing a mask outside health care facilities offers little, if any, protection from infection. Public health authorities define a significant exposure to Covid-19 as face-to-face contact within 6 feet with a patient with symptomatic Covid-19 that is sustained for at least a few minutes (and some say more than 10 minutes or even 30 minutes). The chance of catching Covid-19 from a passing interaction in a public space is therefore minimal. In many cases, the desire for widespread masking is a reflexive reaction to anxiety over the pandemic.”

The Coonman Cometh, by Eric Peters

Now the governor of Virginia, like democratic governors in other states, is mandating face masks. Virginians will be forced to forego fresh air outside their homes and breath in their own respiratory wastes. Take one for the team and sacrifice your own health. From Eric Peters at ericpetersautos.com:

Something wicked this way comes.

Only wicked can explain the announcement today by the Coonman – Virginia Governor Ralph Northam – that all Virginians over 10 will wear the Fear Mask pretty much everywhere after this Friday.

Gesundheitsfuhrers – health police – will do the enforcing, handing out misdemeanor fines and presumably Hut! Hut! Huts! to the noncompliant.

Wicked because on the same day as the Coonman announced his decree, the CDC – the “science” we’re all supposed to “listen” to – told us that it had revised the mortality rate for WuFlu down to less than half of one percent. 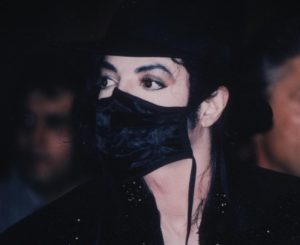 Two months ago, when it was asserted – and there was perhaps reason to fear (because the “science” said so) that millions of people were soon to die from WuFlu (because we had no facts to the contrary) it might have been reasonable to put on a surgical mask as a just-in-case and play Michael Jackson – leaving aside the fact (the science) that surgical masks are not fine enough to thwart a virus from being inhaled and (logic) if you haven’t got a virus, then wearing a surgical mask is to be Michael Jackson – i.e., a neurotic freak in need of therapy.

Well, it’s now two months later and we have the facts.

Masks: Are There Benefits or Just a Comfort Prop? Let the Facts Speak, by Jennifer Giustra-Kozek

Masks’ disadvantages for their wearers outweigh the advantages, and offer little or no protection for people around the wearers. From Jennifer Giustra-Kozek at collective-evolution.org:

Initially I respected the call by my local Governor in Connecticut to protect our fellow citizens. Deep down I thought it was a little foolish to mandate masks, but love all people and thought I would wear one to help others feel safer. Then, I started digging a little further into the scientific literature. I have discovered that masks are neither safe nor effective. So, as schools prepare to create policies for children returning to school in the fall, we must keep these things in mind.

Masks are Ineffective and Risky, So Stop Calling Us Selfish

In  Epidemics 2017, a meta-analysis concluded that masks had a non-significant protective effect. In the Annuals of Internal Medicine, April 2020, “neither surgical nor cotton masks effectively filtered SARS-CoV-2 during coughs by affected people.”

According to a  University of New South Wales, the widespread use of masks by healthcare workers may put them at increased risk of respiratory illness and viral infections, and their global use should be discouraged.

Breathing in your own respiratory waste may not be that healthy. Who knew? From Russell Blaylock at technocracy.news:

With the advent of the so-called COVID-19 pandemic, we have seen a number of medical practices that have little or no scientific support as regards reducing the spread of this infection. One of these measures is the wearing of facial masks, either a surgical-type mask, bandana or N95 respirator mask. When this pandemic began and we knew little about the virus itself or its epidemiologic behavior, it was assumed that it would behave, in terms of spread among communities, like other respiratory viruses. Little has presented itself after intense study of this virus and its behavior to change this perception.

This is somewhat of an unusual virus in that for the vast majority of people infected by the virus, one experiences either no illness (asymptomatic) or very little sickness. Only a very small number of people are at risk of a potentially serious outcome from the infection—mainly those with underlying serious medical conditions in conjunction with advanced age and frailty, those with immune compromising conditions and nursing home patients near the end of their lives. There is growing evidence that the treatment protocol issued to treating doctors by the Center for Disease Control and Prevention (CDC), mainly intubation and use of a ventilator (respirator), may have contributed significantly to the high death rate in these select individuals.

END_OF_DOCUMENT_TOKEN_TO_BE_REPLACED 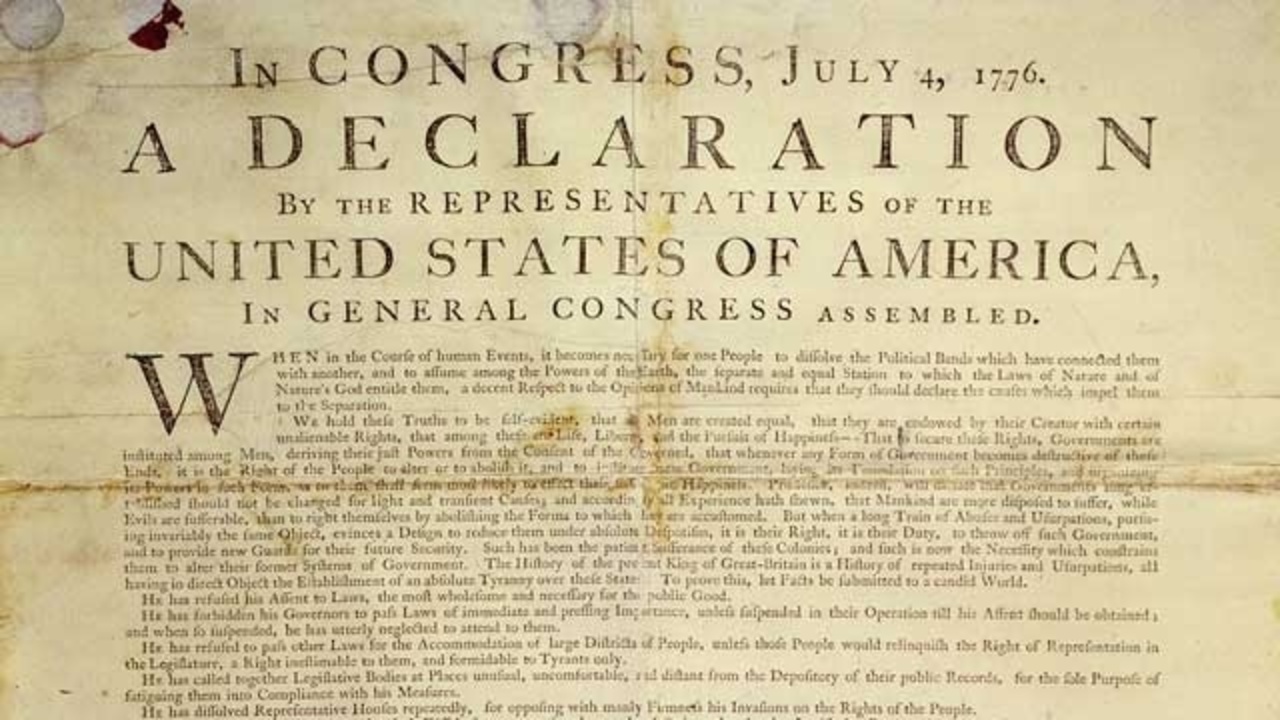 END_OF_DOCUMENT_TOKEN_TO_BE_REPLACED

Face masks are not an unmitigated blessing. Breathing in your own respiratory waste is not healthy. From Gary G. Kohls, M.D., at lewrockwell.com:

Dr. Russell Blaylock has written a comprehensive fact-filled article on face masks, describing the research showing that the use of masks in many patients can easily:

1] cause hypoxia in some patients;

2] cause hypercapnia in those same patients;

3] impair one’s immunity; harmful respiratory viruses (and bacteria as well – good ones and bad ones) when exhaling (thus forcing the viruses – and the bacteria – to be rebreathed again and again instead of being excreted from the body’s respiratory system); and

5] increase the concentration of potentially-harmful viruses in the nasal passages which could then increase the likelihood of those viruses entering the brain via the olfactory nerves.

Read the excerpts from the Blaylock article below about mask-wearing and ask yourself: “why haven’t the many scientists, “bought” CDC and DOH bureaucrats, “bought” politicians, journalists, etc think about the downsides of requiring, under penalty of law, the wearing of masks by perfectly healthy, uninfected, asymptomatic people – especially those that are living in areas of the country where the risk of coming in contact with a case of COVID-19 is 1 in 10,000!

The Reopening Moo, by Eric Peters

After the coronavirus outbreaks fades, people will be conditioned to being treated as cattle. From Eric Peters at ericpetersautos.com: 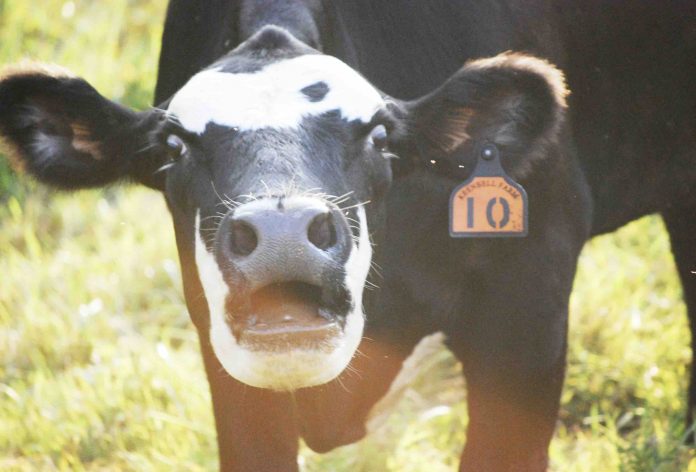 Will you Moooo like a good Corona Cow when the ranchers who are “the government” decree that businesses may reopen provided the workers – and customers – mask up?

The ranchers have already decreed masks mandatory in several states and – weirdly – more people seem to be wearing masks even though not yet mandated in other areas. Which is weird given that by now it is obvious – or ought to be – that WuFlu is a much greater threat to our liberty than our health.

Except for a few concentrated areas of population – and stupidity – such as New York, where Rancher Cuomo ordered oldsters with WuFlu to be housed with other oldsters (already weak) in nursing homes, assuring lots of oldsters would die from WuFlu – the number of people who’ve died from WuFlu is so low it would have gone unnoticed in normal times. 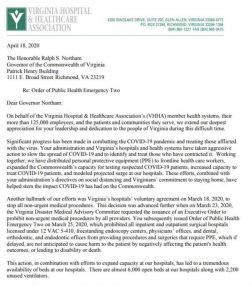 In Virginia, for instance, fewer than 500 over the past four months. This in a state with a population of nearly nine million people. The hospitals in Virginia and many other states are dying  . . . for customers. They are going broke from lack of patients – and billing. See, for example, this plea to Rancher Coonman from the Virginia Hospital and Health Care Association, which speaks for 125,000 people employed by Virginia hospitals. They beg the Coonman to allow – such servile, despicable verbiage – hospitals to resume treating other than the Corona’d, of which there are far too few.