I watched the ShadowGate video discussed in this article this morning. By tonight it had disappeared from YouTube with a message that it violated YouTube’s policy on “hate speech.” Nothing could be more untruthful; not a word of this extraordinarily well-made production would be considered hate speech by any fair-minded observer. I was going to post it, and will post it is posted on another video website. From Tyler Durden at zerohedge.com:

Update: While weaver’s arrest appears to be for unrelated charges according to the Daily Dot…

When speaking to the Daily Dot via phone Saturday morning, a Portage County Jail administrator said that Weaver is being charged with alleged “robbery, tampering with evidence, obstruction justice, and domestic violence.”

When asked about the claim that Weaver was arrested for exposing the deep state, the administrator laughed. Conspiracy theorists believe a type of shadow government exists and is working to undermine President Donald Trump and his agenda.

…we still can’t help but wonder about the curious timing? 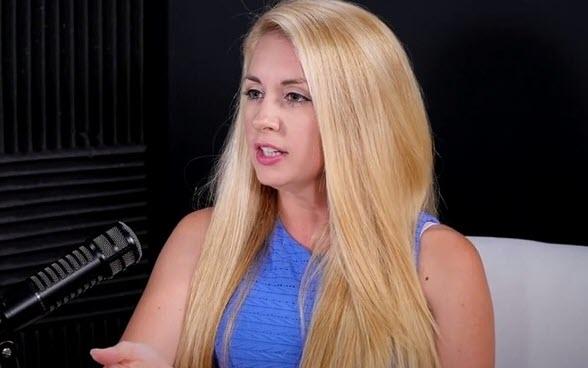 As Peter Bary Chowka detailed earlier at AmericanThinker.com, Millie Weaver, widely known as Millennial Millie, a 29-year old conservative new media video and print journalist with a large following online, was arrested at her home in Ohio on Friday morning. Police officers apparently from a local SWAT team took Weaver to the Portage County Jail in Ravenna, Ohio where she is being held without bail until at least Monday for a “tentative status hearing.” A short video captured on her cell phone as she was being taken away was posted online.