Turkey Hit By Bank Runs, Currency Panic As Locals Sell Their Cars And Houses To Buy Gold While Lira Implodes, by Tyler Durden

The prime impetus for electronic money is that the banks and the government (almost the same thing) control the money and can prevent runs on the banking system. Right now runs are the scariest thing in banking, as Turkey is demonstrating. From Tyler Durden at zerohedge.com:

It has been an miserable five years for Turkish citizens who have seen their purchasing power slashed by more than half, and it’s only getting worse.

The Turkish lira has cratered against the dollar and most developed currencies, plunging from 3 TRY per dollar, to a record low 7.37 last week after a brief and valiant attempt at imposing shadow capital control by Erdogan (who is now de facto head of the Turkish central bank) failed miserably at the end of July, and not even a draconian hike in overnight funding rates above 1000%  last week (to crush the shorts) was able to prevent a plunge in the Lira to new all time lows. 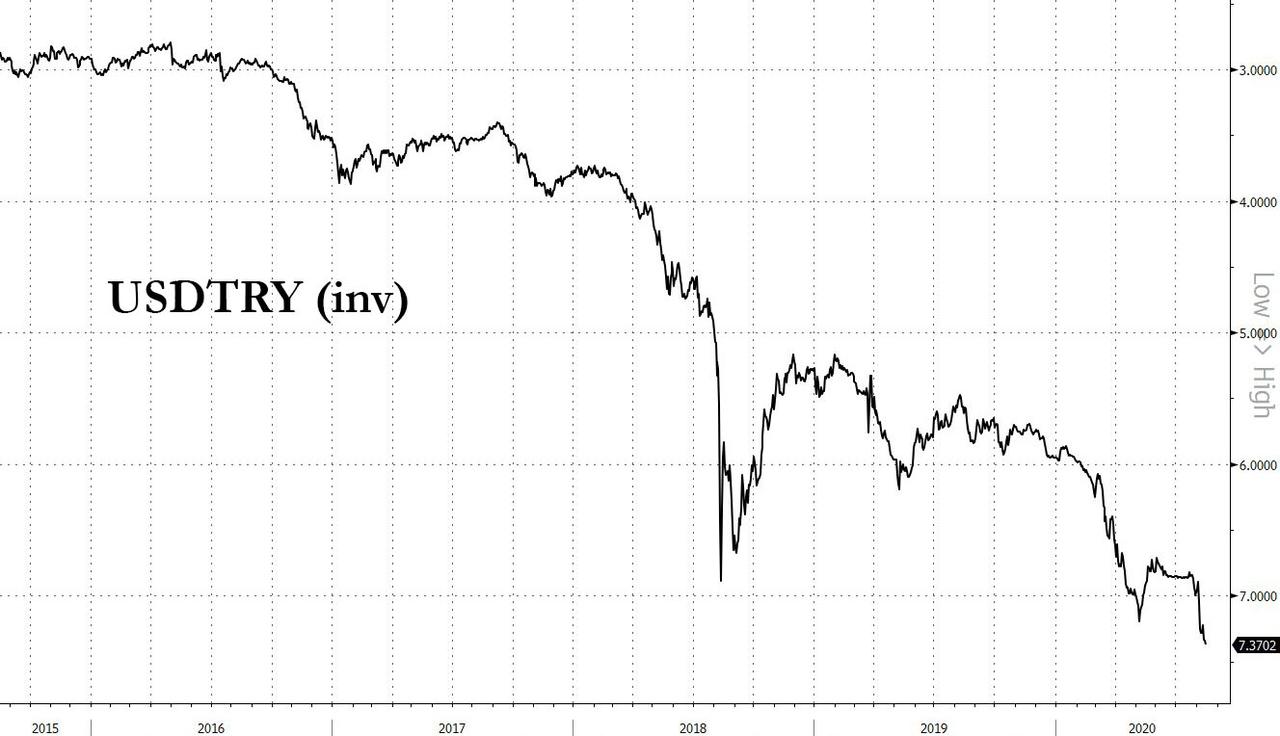 As their currency implodes (in a nation that is becoming increasingly more “banana” with each passing day as Erdogan solidifies his takeover of every government institution, in the process turning off any potential foreign investors) Turks are discouraged from material purchases of dollars to hedge the collapse in their native currency due to some of the strictest capital controls on the planet, which has left them with just one option.

As Reuters reports, Hasan Ayhan followed his wife’s instructions last week and took their savings to buy gold at Istanbul’s Grand Bazaar as Turks scooped up bullion worth $7 billion in a just a fortnight while their currency went up in flames.