COVID-19 Ushers In An Unconstitutional Hell For America, by Michael Walsh

Hell it has been and hell it will continue to be as long as Americans supinely accept the edicts of their rulers. From Michael Walsh at Epoch Times via zerohedge.com:

Thanks to the dreaded Covid-19, it’s good-bye Thanksgiving and, soon enough, farewell Christmas. And after that, who knows? 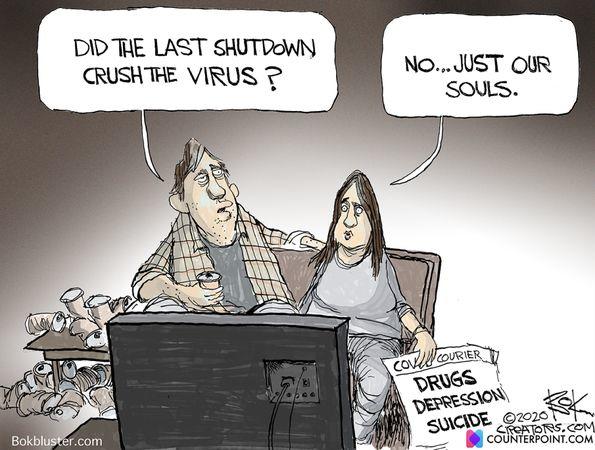 Having discovered that Americans have lost their spines and are now easily penned inside their homes like two-legged sheep, the petty potentates who rule – not govern, rule – far too many states and municipalities have concluded that we will never fight back, never resist, and never reject their latest whimsical edicts.

For proof, look no farther than California, where 41 of the state’s 58 counties have just been returned to most-restricted status, and a statewide curfew is now being bruited in Sacramento. California is “pulling an emergency brake,” as CCP virus “cases” rise, said Newsom, who recently attended a pricey private birthday party at the exclusive French Laundry restaurant in the Napa Valley, violating his own Caligulan guidelines. 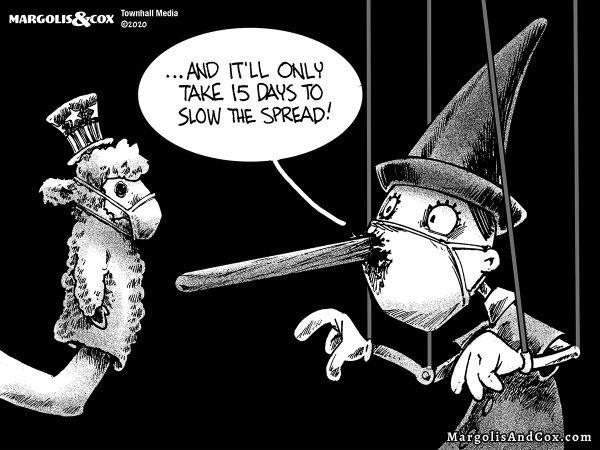 There are vague promises that things might begin to open again next year, but don’t hold your breath. “Two weeks to slow the spread” and “fifteen days to flatten the curve” have long since morphed into a semi-permanent nanny state in which the very act of slowing and flattening ensures that the virus will go on indefinitely by guaranteeing a continuous stream of new “cases” with which to frighten the public and increase government power.

In defiance of all previous medical experience, the Covid “pandemic” has muzzled the population with bank-robber masks, driven families asunder, forced elderly couples to die apart, punished schoolchildren with the false promise of “remote learning,” made Americans eye each other with suspicion and sidle away, and created a near-Stasi level of rats and snitches only too happy to inform on their fellow citizens.